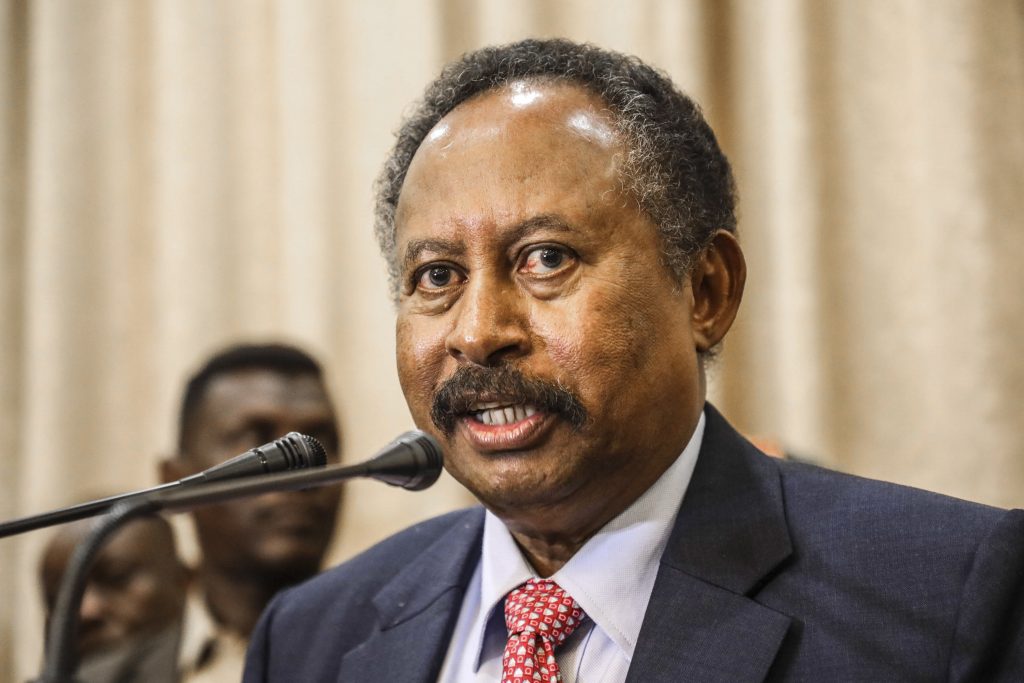 The United States has issued an ultimatum to Sudan to normalize diplomatic relations with Israel within 24 hours if the African country wants to be removed from the list of terror sponsors, London-based Asharq Al-Awsat reported Thursday.

Media outlets in Sudan, meanwhile, said the government officials in the capital Khartoum were still divided on the issue.

The country’s leader, Gen. Abdel-Fattah Burhan, who heads Sudan’s sovereign council, and the deputy head of Sudan’s Transitional Military Council, Gen. Mohammed Hamadan Dagalo, support normalization with Israel along with other officials in the military and government. Other politicians, however, spearheaded by Sudanese Prime Minister Abdalla Hamdok, oppose the move.

U.S. officials declined to comment on the alleged ultimatum, Asharq Al-Awsat reported, although it’s possible the Trump administration would like to secure another diplomatic achievement before the upcoming presidential election in under three weeks.

Last weekend, Asharq Al-Awsat reported that Washington had rejected a Sudanese request to separate between the issue of normalizing ties with Israel from a U.S. decision on removing Sudan’s designation as a state sponsor of terror.

“Sudanese officials should take a decision in this regard as quickly as possible since only two weeks separate us from the presidential election campaigns. After this period, the Republican candidate would not benefit from the normalization of ties,” a Sudanese source told the paper.