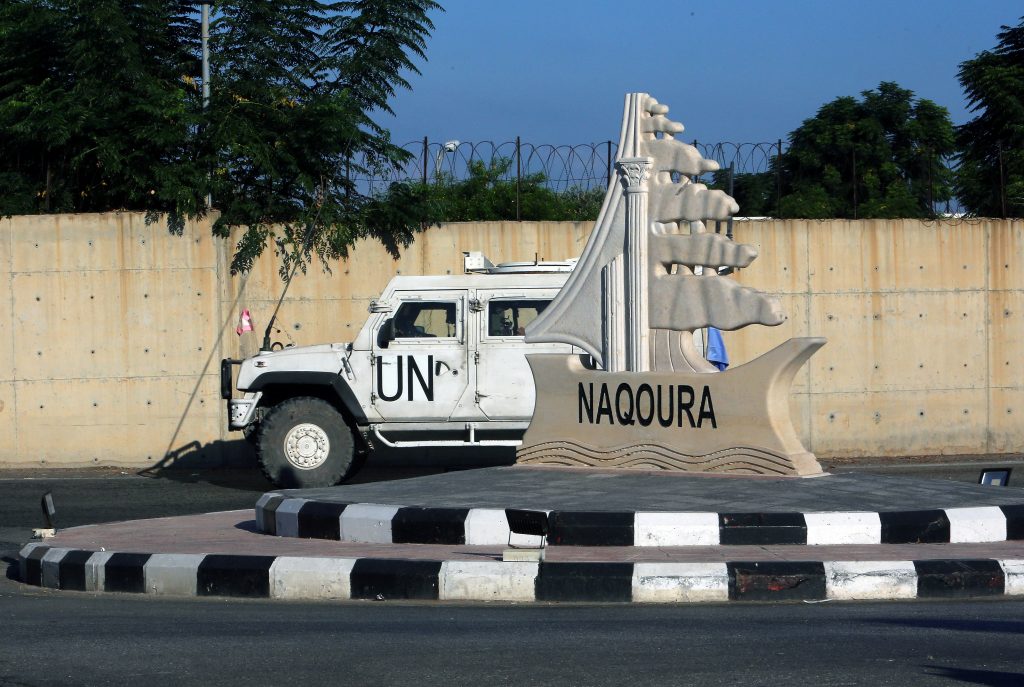 The U.S.-mediated talks follow three years of diplomacy by the United States and were announced weeks after Washington stepped up pressure on allies of Lebanon’s Iran-backed Hezbollah, which fought a month-long war with Israel in 2006.

The U.S. has been mediating the issue for about a decade, but only earlier this month a breakthrough was reached on an agreement on a framework for the talks.

The development comes against the backdrop of Lebanon’s spiraling economic crisis, the worst in its modern history, and following a wave of U.S. sanctions that recently included two influential former Cabinet ministers allied with the Hezbollah terror group. Israel and the United States, as well as some other Western and Arab countries, consider the Iran-allied Hezbollah a terrorist organization.

Beirut hopes that oil and gas discoveries in its territorial waters will help it overcome the crisis and pay back its massive debt that stands at 170% of the GDP, making it one of the highest in the world.

The U.S.-mediated talks are to take place at a U.N. post along the border known as Ras Naqoura on the edge of the Lebanese border town of Naqoura. The Lebanese delegation will speak through U.N. and U.S. officials to the Israelis.

Israel and Lebanon have no diplomatic relations and are technically in a state of war. They each claim about 860 square kilometers (330 square miles) of the Mediterranean Sea as being within their own exclusive economic zones.

“We have no illusions. Our aim is not to create here some kind of normalization or some kind of peace process,” a senior official with Israel’s Energy Ministry said. He spoke on condition of anonymity because he was not authorized to speak to the media.

“Our aim is very strict and limited and therefore hopefully achievable,” he added.

Lebanon’s outgoing Foreign Minister Charbel Wehbi said Lebanese negotiators will be “more fierce than they expect because we have nothing to lose.” He added that if Lebanon’s economy collapses, “there is no interest in making concessions.”

It is unclear how long the talks will last but Lebanon began offshore drilling earlier this year and hopes to start drilling for gas in the disputed area in the coming months. Lebanon has divided its expanse of waters into 10 blocs, of which three are in the area under dispute with Israel.

Israel already has developed a natural gas industry elsewhere in its economic waters, producing enough gas for domestic consumption and to export to neighboring Egypt and Jordan.

U.S. Assistant Secretary of State for Near Eastern Affairs David Schenker, the top American diplomat for the Middle East, arrived in Lebanon on Tuesday afternoon to attend the opening session of the talks. Schenker will be joined by American Ambassador John Desrocher, who will serve as the U.S. mediator for these negotiations.

The Israeli delegation will be led by the director-general of the Energy Ministry, Udi Adiri, while the Lebanese four-member team will be led by Brig. Gen. Bassam Yassin, the army’s deputy chief of staff.

The Lebanese team met Lebanon’s President Michel Aoun on Tuesday who stressed the talks “are technical negotiations that only deal with marking the maritime border.”

Hezbollah said last week the talks do not indicate a reconciliation with Israel. The Hezbollah bloc in parliament said that defining the border of “national sovereignty” is the job of the Lebanese state.

Hezbollah’s leader Sayyed Hassan Nasrallah said in a speech two years ago that if asked by the government, his group is ready to use its arsenal, consisting of tens of thousands of rockets and missiles, to defend Lebanon’s economic rights.

Early Wednesday, Hezbollah and its Shiite ally, the Amal group of Parliament Speaker Nabih Berri, released a joint statement expressing reservations that the Lebanese team includes civilians, and called for the delegation to be reformed so that it only includes members of the military.

Former Lebanese army general and military expert Elias Farhat wrote this week that the Lebanese team is heading to the talks “armed with the support of the political leadership, the people, and the power of the resistance that guarantees deterring the enemy from carrying any act that infringes on Lebanon’s sovereignty.”

Israel and Lebanon also held indirect negotiations in the 1990s, when Arab states and Israel worked on peace agreements. The Palestinians and Jordan signed agreements with Israel at the time but Lebanon and Syria did not.