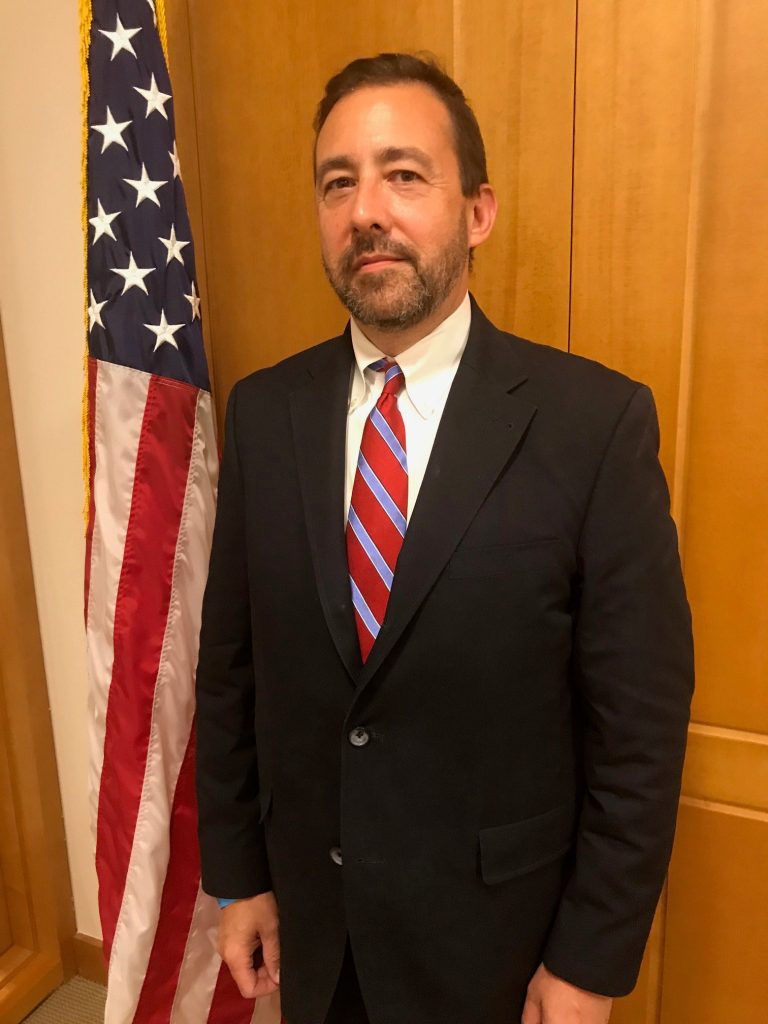 The top federal prosecutor in Brooklyn announced Wednesday that he would put a new priority on firearms and drug cases, seeking stiffer penalties than are being doled out at the state level.

Acting U.S. Attorney Seth DuCharme said he was taking action to address a sharp rise in gun violence in New York City. He attributed the uptick to a “permissiveness” that has taken hold amid the coronavirus pandemic and the civil unrest that followed the Minneapolis police killing of George Floyd.

The initiative, which will involve more than a dozen federal prosecutors, is aimed at repairing the “protective fabric of our community,” DuCharme said, and making use of tougher federal sentences for criminals caught carrying illegal guns.

“The city is not as safe as it once was, and it certainly doesn’t feel as safe,” DuCharme said. “When the threat was al-Qaida and ISIS, that’s where we went, and now the threat is essentially an environment that has permitted — and even encouraged in some instances — people to engage in sometimes seemingly random acts of lethal violence.”

DuCharme, who was sworn into office in July, said a team of senior prosecutors in his office agreed “to take a pause on” other cases to help support the office’s expanded violent crime efforts.

The characterization of New York as substantially less safe than it used to be echoes rhetoric President Donald Trump has employed recently on the campaign trail.

It has been met with loud denials from many New York City Democrats, who note that overall crime rates in the city have actually dropped slightly during the pandemic, led by substantial reductions in the number of robberies, grand larcenies and serious assaults.

The number of shootings, though, has increased dramatically, with the number of people hit by bullets nearly double what it was through the same point last year. Through Oct. 11, there have been 354 killings in the city — 90 more than there were at the same time last year, according to police.

That would put the city on track to have its highest number of homicides since 2011, after several years of record lows, but would still leave New York as one of the safest big cities in the U.S.

“You can talk about the statistics, but this is the summer where we lost a 1-year child in a stroller on the streets of Brooklyn to gun violence,” said Dermot Shea, the New York City police commissioner.

David Patton, executive director of the Federal Defenders of New York, criticized DuCharme’s initiative as “misguided,” saying that federal prosecutions of firearms offenses often involve simple possession of a weapon found in a person’s home rather than the use of a gun to harm someone.

“Researchers have shown that these prosecutions do not in fact reduce violent crime. They only exacerbate racial disparities and promote mass incarceration,” he said. “It might make for a good sound bite to bring a case from state court to federal court and add years to a person’s prison sentence, but it only contributes to over-incarceration and racial inequality.”

The crackdown comes amid a broader push by Attorney General William Barr to bring federal charges in protest-related violence whenever they can, as in the case of two young Brooklyn attorneys accused of torching an empty NYPD vehicle during a demonstration this summer.

In New York, some law enforcement figures have sharply criticized the state’s recent bail reform law, which eliminated cash bail and pretrial detention for most nonviolent felonies. DuCharme said that has led to many more defendants in state firearms cases being released from custody following their arrest, compared to before the law changed.

“It should be more stressful in New York City to be an armed, violent criminal offender than to be a member of the public,” DuCharme said. “For some reason, that balance has been tilted.”