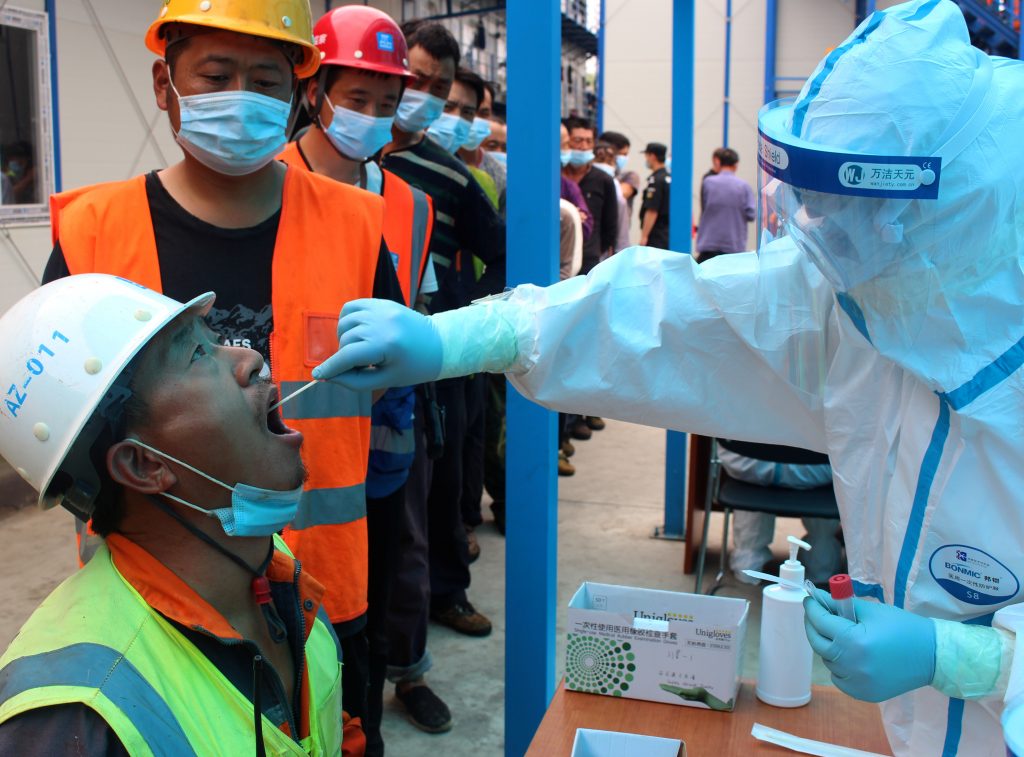 Chinese health authorities will test all nine million people in the eastern city of Qingdao for the coronavirus this week after nine cases linked to a hospital were found, the government announced Monday.

The announcement broke a two-month streak with no virus transmissions reported within China, though China has a practice of not reporting asymptomatic cases. The ruling Communist Party has lifted most curbs on travel and business but still monitors travelers and visitors to public buildings for signs of infection.

Authorities were investigating the source of the infections in eight patients at Qingdao’s Municipal Chest Hospital and one family member, the National Health Commission said.

“The whole city will be tested within five days,” it said on its social media account.

China, where the pandemic emerged in December, has reported 4,634 deaths and 85,578 cases, plus nine suspected cases that have yet to be confirmed.

The last reported virus transmissions within China were four patients found on Aug. 15 in the northwestern city of Urumqi in the Xinjiang region. All the cases reported since then were in travelers from outside the mainland.

The ruling party lifted measures in April that cut off most access to cities with a total of some 60 million people including Wuhan in central China.

Qingdao is a busy port with the headquarters of companies including Haier, a major appliance maker, and the Tsingtao brewery. The government gave no indication whether the latest cases had contacts with travel or trade.

Travelers arriving from abroad in China are still required to undergo a 14-day quarantine.