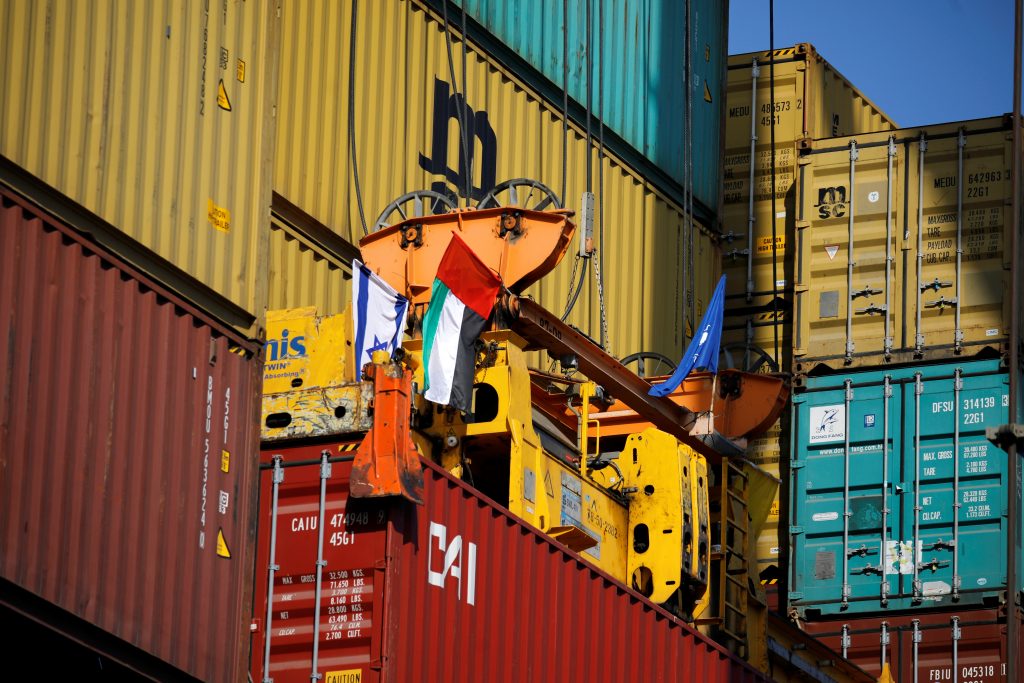 The ship-to-shore crane paused above the cargo ship that had just arrived from Dubai, then set its load down on the pier in Israel.

One after another, eight containers filled with electronics, cleaning supplies, iron and firefighting equipment were unloaded off the MSC Paris, one of the first cargo ships to make the journey between the United Arab Emirates and Israel.

Just a few months ago, such a journey from Dubai’s Jebel Ali port to the northern Israeli port city of Haifa would have been unthinkable.

The countries announced a normalization deal in August which laid the ground for a potentially profitable new trade route.

The diplomatic breakthrough stemmed from a strategic realignment of Middle East nations, in particular Israel and Gulf Arab nations led by Sunni rulers, who face what they perceive as a shared threat from Iran.

But it is also grounded in economics and potential collaborations in the fields of business, investment and technology.

Israeli officials have estimated bilateral trade could reach as much as $4 billion a year – and nearly all goods will have to travel by sea.

“This is very exciting,” said Eshel Armony, chairman of the board at Haifa Port. “This is a new era in the Middle East, and I’m sure this will bring more and more trade,” he said.

“We’re going to see this line once a week by MSC and, who knows, later on maybe we’ll have even more … I hope that will happen quickly.”

An MSC spokesman said the MSC Paris was part of its Indus Express service, which originates in the United Arab Emirates and calls at Indian ports, the Mediterranean and the United States.

An MSC vessel on the Indus Express service made a low-profile stop in Haifa in mid-September, before the UAE-Israel normalization deal was signed in a high-profile ceremony hosted by U.S. President Donald Trump at the White House on Sept. 15.