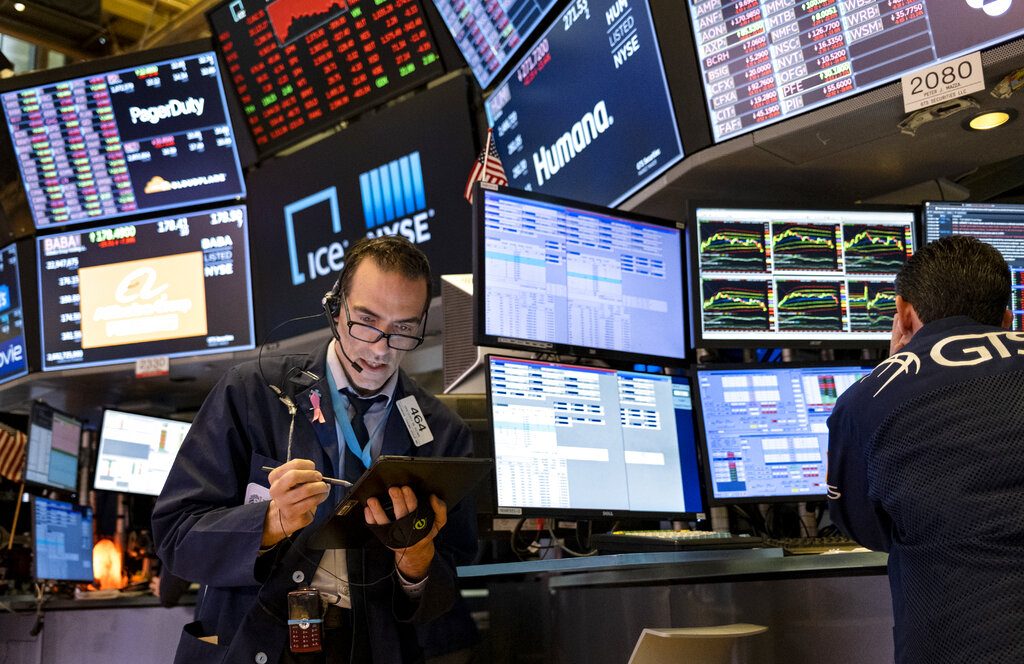 Stocks dropped on Wall Street Tuesday after President Donald Trump ordered a stop to negotiations with Democrats on a coronavirus economic stimulus bill until after the election.

The S&P 500 index slid 1.4% after having been up 0.7% prior to the president’s announcement, which he made on twitter about an hour before the close of trading. The late-afternoon pullback erased most of the benchmark index’s gains from a market rally a day earlier.

In a series of tweets, Trump said: “I have instructed my representatives to stop negotiating until after the election when, immediately after I win, we will pass a major stimulus bill that focuses on hardworking Americans and small business.” He also accused Speaker Nancy Pelosi of not negotiating in good faith.

The comments from the president came just hours after Federal Reserve Chair Jerome Powell urged Congress to come through with more aid, saying that too little support “would lead to a weak recovery, creating unnecessary hardship for households and businesses.”

Optimism that Democrats and Republicans would reach a deal on more stimulus ahead of the Nov. 3 elections had helped lift the stock market recently. Now, investors face the prospect that more aid may not come until next year, after the new Congress is seated, said Willie Delwiche, investment strategist at Baird.

Stocks had been drifting between small gains and losses for much of the day before gaining momentum into the late afternoon, then Trump’s tweets knocked the market into reverse gear.

The move to nix the negotiations with Democrats dashes Wall Street’s hopes that another round of stimulus would soon be on the way. Bitter partisanship on Capitol Hill has been preventing a compromise on more aid for the economy, which has been punched into a recession by shutdowns related to the coronavirus pandemic. Reports on the economy have been mixed recently, as some areas show a slowdown after extra unemployment benefits and other stimulus earlier approved by Congress expired.

Powell has repeatedly urged Congress to provide additional aid, saying the Fed can’t prop up the economy by itself, even with interest rates at record lows. “The expansion is still far from complete,” Powell said in a speech to the National Association for Business Economics, group of corporate and academic economists.