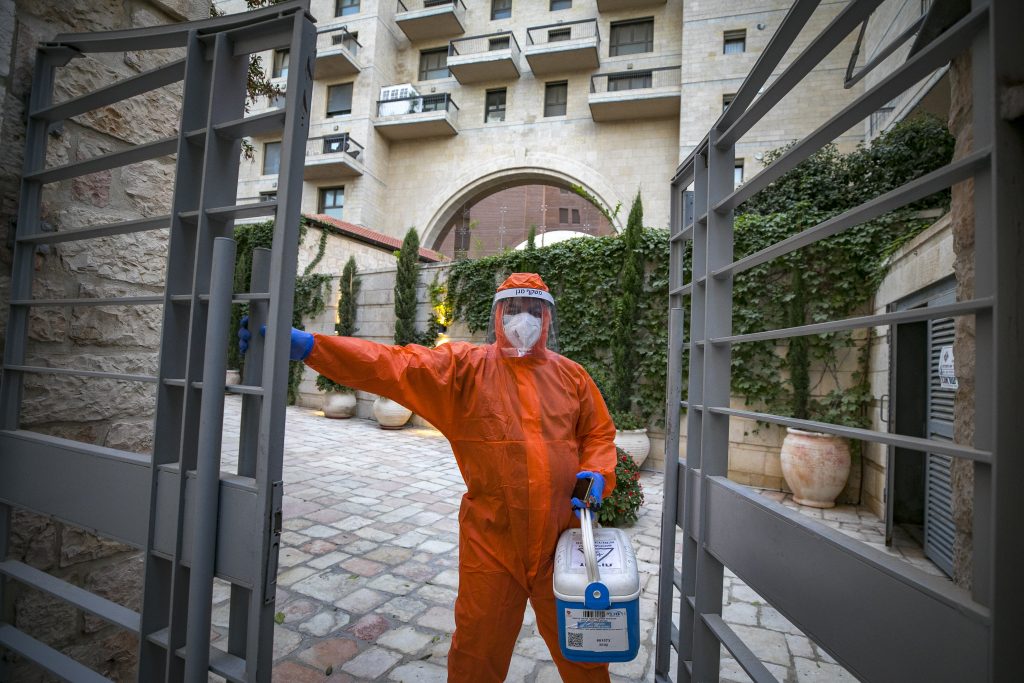 Israelis longing for an end to the nationwide lockdown heard on Wednesday evening that Prime Minister Binyamin Netanyahu‏‏ said “our exit strategy [from the lockdown] will be slow this time, and could take place over half a year or a year,” according to Channel 12.

Netanyahu and Health Ministry officials have already said that the full lockdown now in place can be expected to continue for two weeks or more after Simchas Torah.

Wednesday’s comment, made at a coronavirus cabinet meeting, also included the prime minister’s instructions to prepare for extreme scenarios in the winter, such as the treatment of 5,000 patients in serious condition simultaneously, Arutz Sheva reported.

Elsewhere in the same government, Finance Minister Yisrael Katz called on Wednesday for an easing of the lockdown and a reopening of businesses that don’t have public visiting hours.

Katz reportedly presented a plan to the coronavirus cabinet today that calls for the complete opening of all businesses that don’t serve a walk-in public immediately after Sukkos, which ends on October 9.

The plan also calls for the reopening of early childhood education and the younger grades of elementary schools in order to allow parents to return to work.

Katz’s eagerness for reopening was countered by a report to ministers which said that the lockdown isn’t working, at least not yet.

The report, authored by a team of Hebrew University professors, found no significant slowing in the so-called R number, which represents how many people an infected person will infect, though it is expected to drop in the coming weeks.

The number of moderately and seriously ill patients is expected to continue to rapidly rise in the coming days and weeks, they said. According to their analysis of the data, serious cases will only begin to significantly drop after October 16.

The report was presented by professors Yinon Ashkenazy, Doron Gazit and Nadav Katz from the Racah Institute of Physics, and professors Ronit Calderon-Margalit and Ran Nir-Paz from The Hebrew University-Hadassah Braun School of Public Health and Community Medicine.

The Health Ministry reported 4,953 new cases of coronavirus on Wednesday with a new total of 239,806 infected since the outbreak. Among the sick are some 823 patients who are in serious condition, including 205 who are intubated. The death toll stands at 1,547.