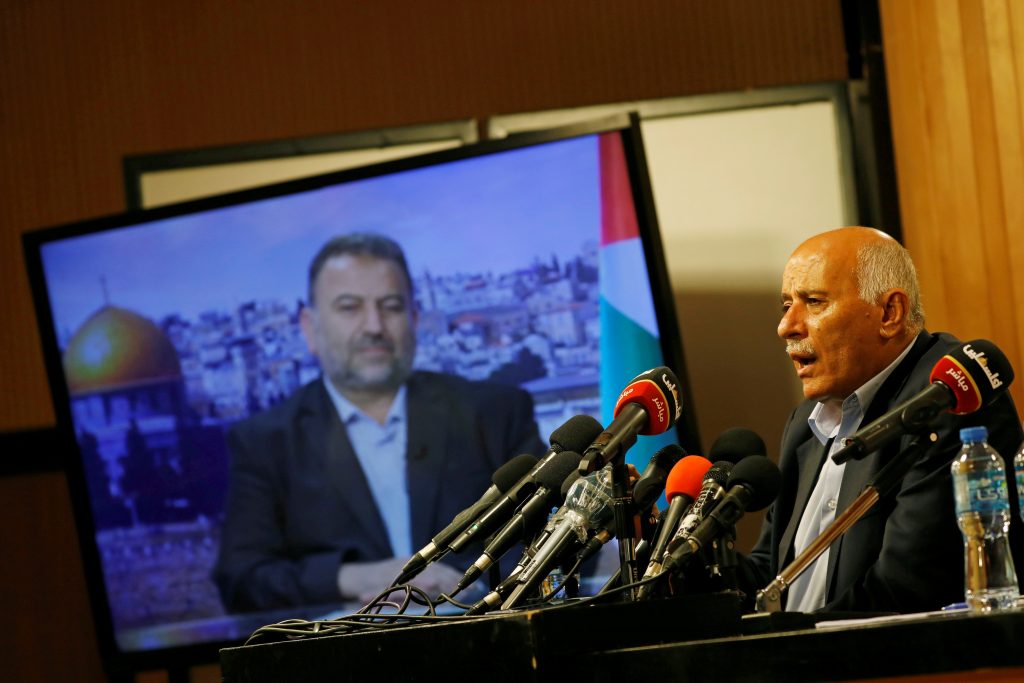 Palestinian factions have agreed to hold an election within six months, in the latest of many attempts to end more than a decade of infighting between President Mahmoud Abbas’s Fatah movement and his Islamist rival Hamas.

The factions renewed reconciliation efforts after Israel reached diplomatic accords this month with the United Arab Emirates and Bahrain, an event that dismayed Palestinians and prompted their leaders to try to present a united front.

“The two sides have agreed in principle to hold elections within six months,” said Sami Abu Zuhri, a Hamas official in Istanbul, where officials from both groups met over the past two days.

But he said the vote would be in stages – starting with parliament, then electing a new president, and finally choosing members of the Palestine Liberation Organization, the Palestinians’ highest decision-making body.

The rivals have been unable to repair a rift from 2007, when the Hamas terror group seized control of the Gaza Strip. Abbas’s Western-backed Palestinian Authority remains dominant in Palestinian-controlled areas of Yehuda and Shomron.