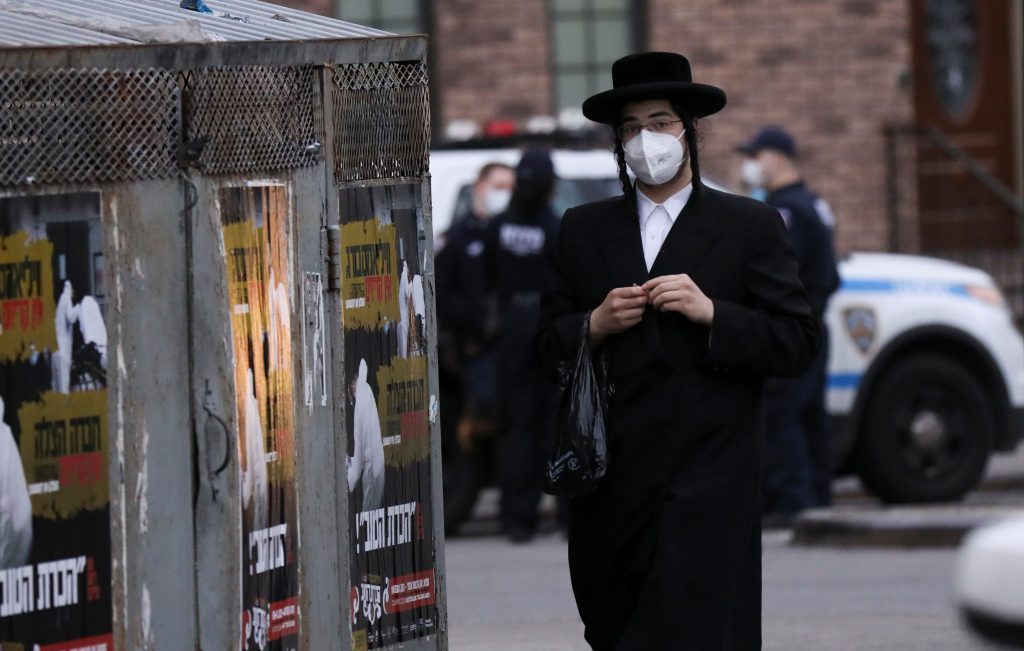 After nearly a month of a steady uptick in COVID cases in Orthodox population centers in and around the New York area, levels of concern have risen significantly among medical professional charged with the community’s physical welfare.

This week, the proliferation of infections gained wider attention after New York City’s Department of Health tagged six heavily Jewish neighborhoods — Boro Park, Flatbush, Bensonhurst, Kew Gardens, Far Rockaway and Williamsburg as accounting for 20% of infections in the five boroughs. The city warned that the rate of increase could “potentially evolve into more widespread community transmission,” echoing warnings issued in March prior to the initial outbreak.

Gershom Schlesinger, President and CEO of ParCare Community Health Network, which maintains branches in Boro Park, Williamsburg, Bensonhurst and Kiryas Joel, said that his physicians have clearly seen an upward movement of cases.

“We first saw it starting around Labor Day, when it went from months of being almost nothing to dozens of cases. I don’t like to be alarmist, but if you would have called me then, I would have started screaming that we have to do something about this. It’s beyond me why it took the city almost four weeks to take notice,” he said.

Mr. Schlesinger said that the increase continued steadily upward, but in some areas it seems to be leveling off — with Boro Park still seeing significantly more positive test results than other locations. He was encouraged by some movement for more caution in parts of the community, citing a letter from the Kiryas Joel school system that any child with a family member who is symptomatic or that is themselves experiencing symptoms should not come to school.

“It’s hard to start crying wolf right away, especially when the prevailing feeling is that everyone had it already and that it’s over, but at this point I think we’re seeing more awareness that if you are sick or were exposed not to go to shul or cheder,” he said. “We have to be cognizant that until this is over, this is going to be our way of life.”

Rabbi Aaron E. Glatt, M.D., Chairman of Medicine and Hospital Epidemiologist at Mount Sinai South Nassau and Professor of Medicine at the Icahn School of Medicine at Mt. Sinai, has consulted widely with Jewish organizations and institutions since the onset of the crisis, said there was little mystery how to best deal with the uptick.

“There’s nothing being invented here, we have universally agreed upon medical guidelines as to how to stop the spread of COVID and one would hope that a Yid should be thinking what he should be doing to protect himself and other people.”

While communities with spiking infection rates have seen a low level of severe disease and few hospitalizations, many suspect this is a result of more caution being taken by the elderly and medically infirm. However, should the spread continue unabated, there is wide concern among doctors that it will become increasingly difficult to insulate vulnerable members of the population.

Rabbi Glatt reiterated that he has been a strong proponent of opening shuls and schools, but said that their continued safe operation is contingent on the community taking precautions.

“Dismissing the steps we can take to run our shuls and schools carefully jeopardizes all we’ve achieved,” he said. “We’re not telling anybody not to go to yeshivah or to shul. What are we asking already? To wear a mask, to distance — is it really such a terrible discomfort? If everybody could take a few small steps and stop these cases, think what a zechus that would be to go to Yom Kippur with.”

After the initial outbreak, which hit Jewish communities especially hard with many hospitalizations and deaths, the virus almost completely receded. However, at the end of the summer, cases slowly ticked up; a phenomenon largely blamed on large simchos. After cases crept back in, a level of community spread has seemed to set in, as yet unabated. While some cases of suspected reinfection have been reported, it has not reached a significant level. Still, with much of the community still susceptible, whatever herd immunity might exist, it does not seem to have proven completely effective.

In addition to New York City, several Orthodox centers in the surrounding area have seen a significant increase in positive cases as well.

Chevra Hatzalah of Rockland County released an advisory imploring the community to obey safety guidelines recommended by the CDC, including wearing a face covering wherever strict social distancing cannot be maintained, avoiding large gatherings and to stay home if one feels sick.
“There has definitely been an uptick in our community in the number of people who are infected,” a coordinator for Hatzalah of Rockland, who asked not to be named, told Hamodia. “We have transported patients in their 20s and in their 70s. We have also distributed oxygen condensers to those who are under a physician’s care.

The coordinator confirmed that many cases he was aware of were traceable to weddings and other simchos, which he called “major spreaders of the virus.” He also urged those needing advanced medical care to seek it, saying that hospitals are now far better equipped to deal with severe COVID cases than in March and April and that therapeutics in use are most effective in early stages of the virus.

Lakewood is another community that has not escaped high and climbing infection rates in recent weeks.

“We have lots and lots of cases in every corner of the town,” said Dr. Howard Leibowitz, who maintains a practice in Lakewood and has been highly involved in discussions on community response. “So far we have mostly seen mild disease, but we have had about a dozen hospitalizations and I am concerned that as the numbers increase, that we will have more, chas v’shalom. We had months of total quiet, but now it is beginning to be reminiscent of what we saw in March.”

While acknowledging that the future trajectory of the virus is unknowable, Dr. Leibowitz hypothesized that the high level of immunity is likely slowing spread, and is also likely to present a more prolonged timetable for the present wave to pass.

Rabbi Glatt said that the next two weeks, and how communities deal with tefillos and other activities related to Yom Kippur and Sukkos are likely to determine whether the spike is stymied or not. He said that a turnaround was still in the hands of community members.

“The word inevitable is something I never like to say. If people aren’t careful, we are looking at a very dangerous situation, but it’s never too late to put measures in place to reign it in,” he said. “I’m not saying with any certainty that terrible things are about to happen, R”l. Nothing would please me more than to have said that the sky is falling to be proven wrong, but what medical or for that matter halachic basis do you have to dismiss what medical science is warning us to do in this situation?”

Dr. Leibowitz said that mask wearing and social distancing play an important role in stemming the spread, but that the single most essential factor at the present stage is ensuring that those who are sick or have been exposed to a positive case fully isolate themselves from others without exception.

Regarding a general approach, he urged a caution and deliberation as communities continue to confront the pandemic’s challenges.

“The extremes on both sides have been very vocal, but what we need to do as a community is to strike a balance,” he said. “We have to realize the reality that we are faced with a serious public health crisis and to find a way to respond to it that does not ignore the other significant personal and communal needs that we have, but that allows them to continue in a safe and responsible way.”