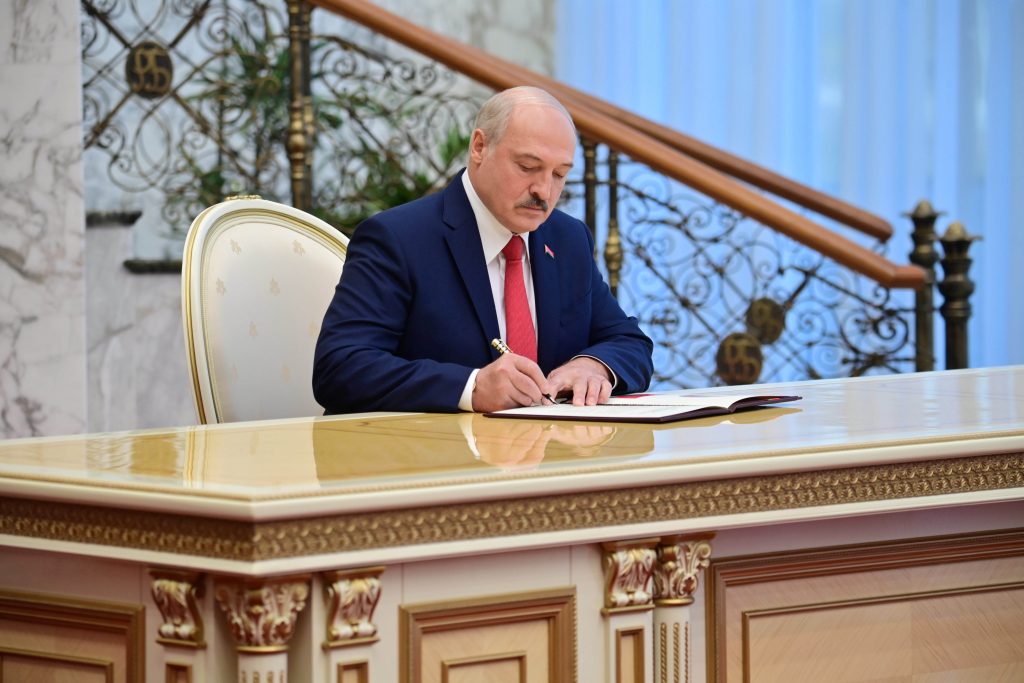 President Alexander Lukashenko of Belarus was sworn in for a new term on Wednesday, the official news agency Belta said, in a sudden inauguration conducted with no prior announcement.

The ceremony, which would normally be publicized in advance as a major state occasion, follows a disputed election on Aug. 9 in which Lukashenko, in power since 1994, claimed a landslide victory. The opposition accused him of massive vote-rigging.

Belta said Lukashenko placed his right hand on a copy of the constitution and swore the oath of office at a ceremony attended by several hundred people.

Belarus is facing the prospect of U.S. and European Union sanctions over the disputed election, which was followed by a crackdown by Lukashenko’s security forces against opposition protests demanding his resignation.

United Nations human rights investigator Anais Marin said last week that more than 10,000 people had been “abusively arrested” since the election, with more than 500 reports of torture and thousands “savagely beaten.”