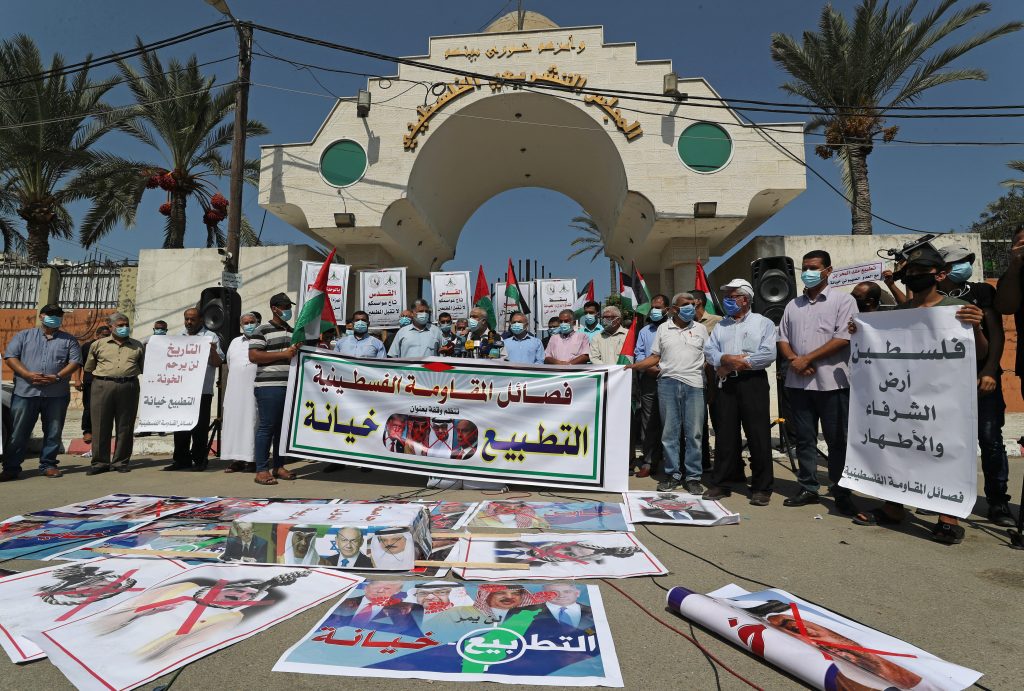 Gaza’s Hamas leaders have called for a general strike and mass demonstrations later in the week.

“We declare our rejection of the Deal of the Century and the Bahrain conference,” senior Hamas official Mushier al-Massri told reporters Monday.

“We pledge to work to abort this conspiracy.”