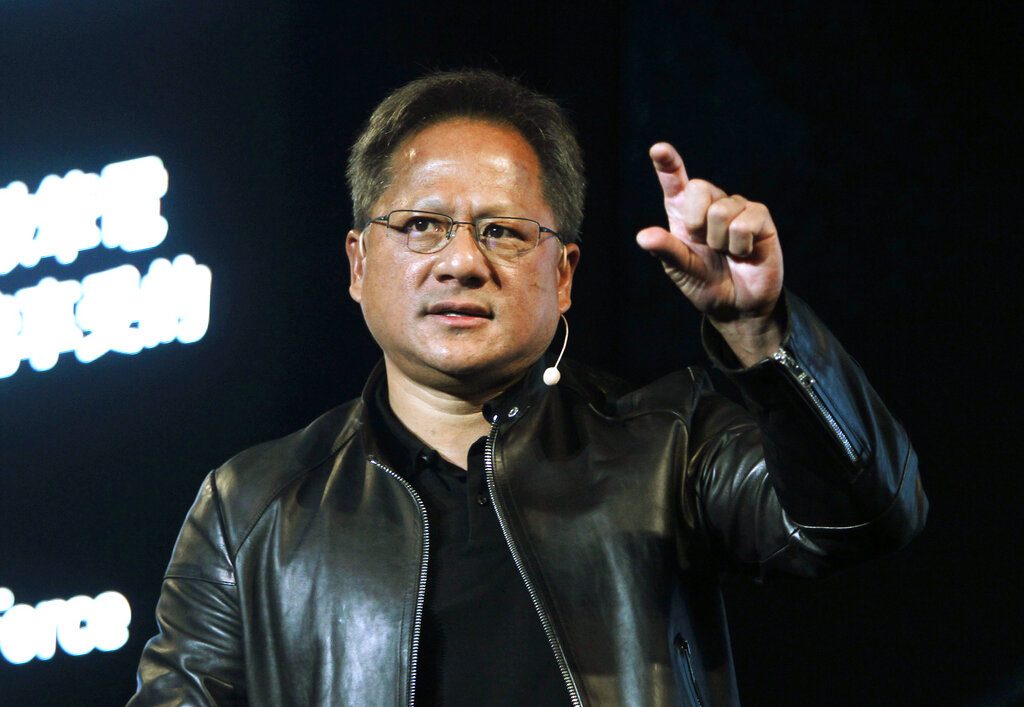 U.S. graphics chip maker Nvidia said it plans to buy U.K.-based Arm Holdings in a deal worth up to $40 billion, in a move that would create a global powerhouse in the industry.

The deal, which was announced late Sunday by Nvidia and Arm’s parent company, Japanese technology giant SoftBank, raises concerns about the independence of Arm, one of Europe’s most important tech companies.

Arm’s chip designs power the vast majority of the world’s smartphones and the company is renowned as an innovator in technology for connected devices, known as the “Internet of Things.” Arm centers its business on designing chips and licensing the intellectual property, especially in mobile computing, rather than chip manufacturing, for which it relies on partners.

Being owned by a U.S. company could mean Arm is exposed to U.S. government export bans at a time when Washington is in a battle for tech supremacy with China.

Under the terms of the deal, Santa Clara, California-based Nvidia will pay SoftBank $21.5 billion in stock and $12 billion in cash. SoftBank could earn a further $5 billion if Arm hits performance targets while Arm employees will get $1.5 billion worth of Nvidia shares.

SoftBank bought Arm for about $32 billion in 2016, in an effort to cement the Japanese company’s ambitions in advancing how various devices, including security cameras and household appliances, connect online and work together. That earlier deal sparked fears that one of Britain’s most successful tech companies would be involved in a foreign takeover, so the British government got SoftBank to agree to keep Arm’s headquarters in the U.K. and double its British staff over five years as concessions.

Nvidia CEO Jensen Huang said the U.S. company still plans to keep Arm based at its headquarters in Cambridge, England, where it will also build an artificial intelligence research center.

However, Hermann Hauser, who helped set up Arm, called the deal an “absolute disaster for Cambridge, the U.K. and Europe.”

Hauser, now a technology investor, told the BBC’s Radio 4 that his biggest concern was that it would degrade what he called the U.K.’s “economic sovereignty” because Arm would end up falling under the jurisdiction of U.S. export controls.

That means “if hundreds of U.K. companies that incorporate Arm’s [technology] in their products want to sell it and export it to anywhere in the world including China, which is a major market, the decision on whether they will be allowed to export it will be made in the White House and not in Downing Street.”

The deal would also destroy Arm’s “neutral” business model, which has made it the “Switzerland of the semiconductor industry,” Hauser said. Arm has become successful by licensing its technology to more than 500 companies, many of which are rivals to Nvidia, and the sale would create a “monopoly problem,” he said.

Regulators in the U.S., U.K., China and the European Union will need to approve the deal, which will need about 18 months to complete.

The British government said it could intervene in the deal because of the “vital role” Arm plays in the U.K.’s tech sector.

“The government monitors acquisitions and mergers closely and when a takeover may have a significant impact on the U.K. we will not hesitate to investigate further and take appropriate action,” said Prime Minister Boris Johnson’s spokesman, James Slack.