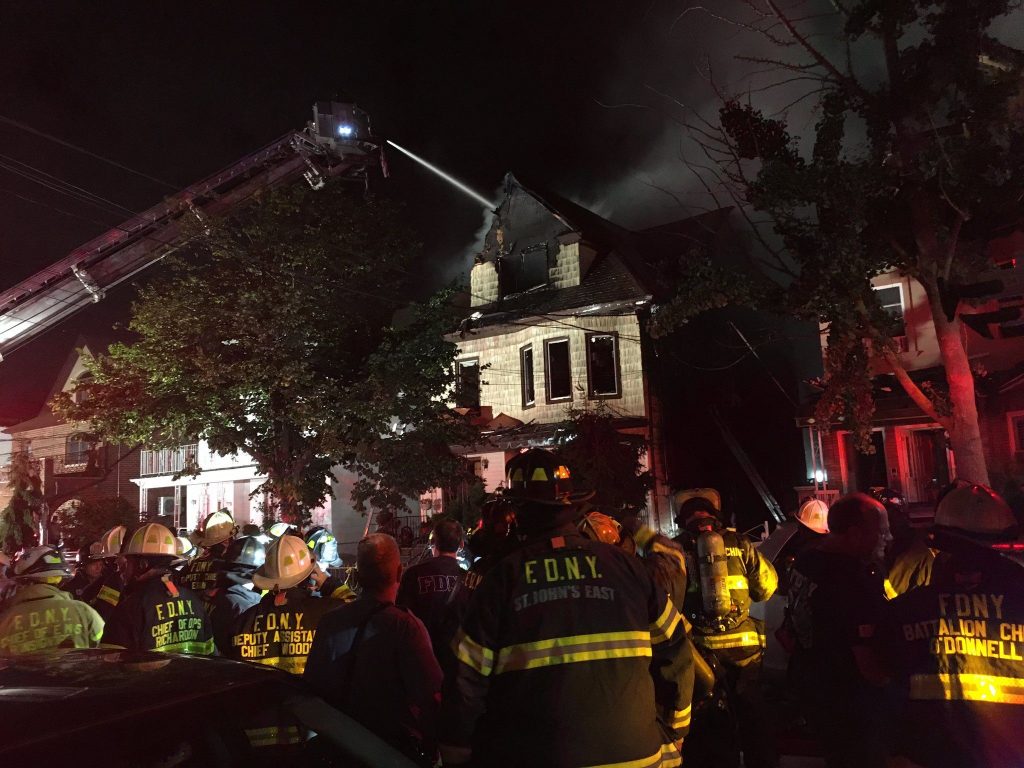 The fire began at 1330 74th Street before spreading to the neighboring building. All residents managed to flee in time, and no one who lived in either home was hurt. Twelve firefighters had minor injuries, according to the FDNY.

The fire began around midnight and was finally extinguished around three in the morning.

The FDNY said it was unclear how the fire began and that the blaze was under investigation.