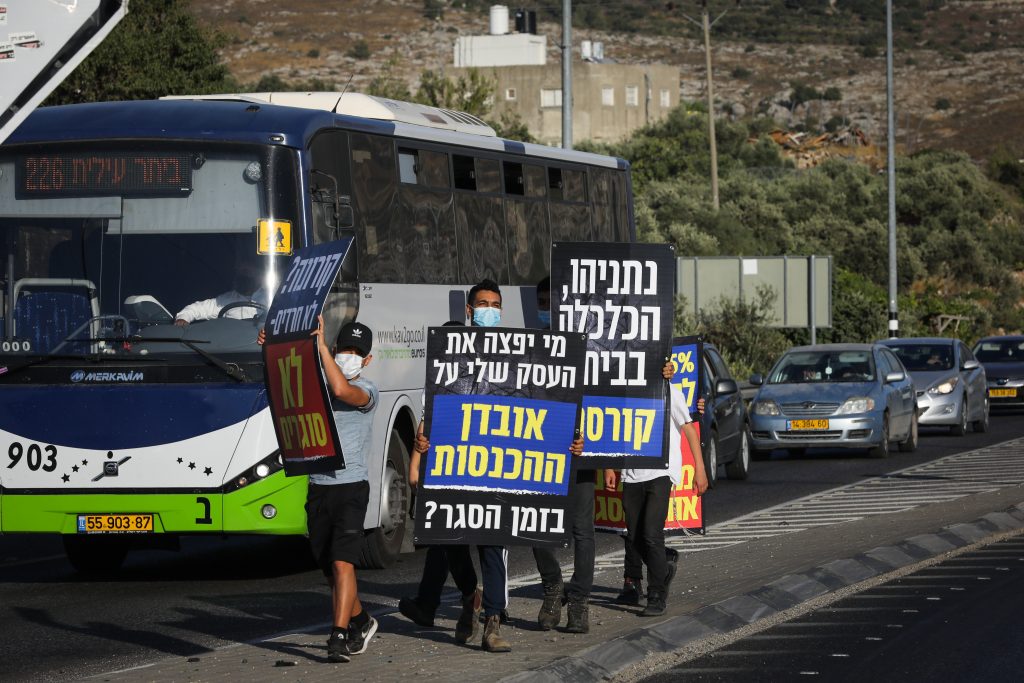 Following the announcement of the locations that will be under nighttime curfew from 7 p.m. to 5 a.m. starting Tuesday, Health Ministry Deputy Director General Prof. Itamar Grotto said that he does not believe this move will be sufficient to stop the spread of COVID-19, and that a full lockdown is still on the table. He added that despite political intervention, he has to find a way to bring down infection rates.

“We must give the nighttime curfew on highly infected cities that is due to be imposed a chance, but it will not be enough on its own to stop the spread of the virus,” Grotto announced. He would not comment about the possible closure of schools during the Yamim Nora’im, although he did point out that during August, while schools were out, the rate of infection was already going up. “People just ignored health directives,” Grotto said in an interview with Yediot Acharonot.

Restrictions to be imposed next week and to last over Yom Tov will be discussed on Thursday, when ministers will also be asked to approve the possible closure of all schools including those in low infection areas, for the entire month of Tishrei.

Coronavirus czar, Professor Ronni Gamzu whose plan to stop the spread of COVID-19 was delayed by ministers, said yesterday that he must continue on his course regardless of the objections being voiced by politicians about the restrictions he recommended mostly for the chareidi and Arab areas.

In Beitar Illit a protest was held Tuesday afternoon over the government’s decision to impose a night curfew on the city.

“In the forty localities in which the government wants to impose restrictions, only the chareidi authorities are under night curfew, while in the general cities – lockdowns have been enforced only on certain neighborhoods with higher morbidity rates.

Yerushalayim Mayor Moshe Lion said in an interview that he will comply with the order on the nighttime curfews in parts of the city, though he strongly criticizes the policy.

“I don’t know what a nightly curfew is,” Lion said to Kan News. “For two months we’ve been warning about mass weddings in the eastern part of the city. When we speak about a nightly curfew in Ramot, a neighborhood of 55,000 residents, it means that they’re going into lockdown because of about 300 patients. I can’t explain that to the residents.”

The Eilat municipality has also waged a campaign that has prevented a curfew on the entire city, which was taken down to just one neighborhood, but now is trying to cancel the decision to close even that one neighborhood, arguing that this step “makes no sense.”