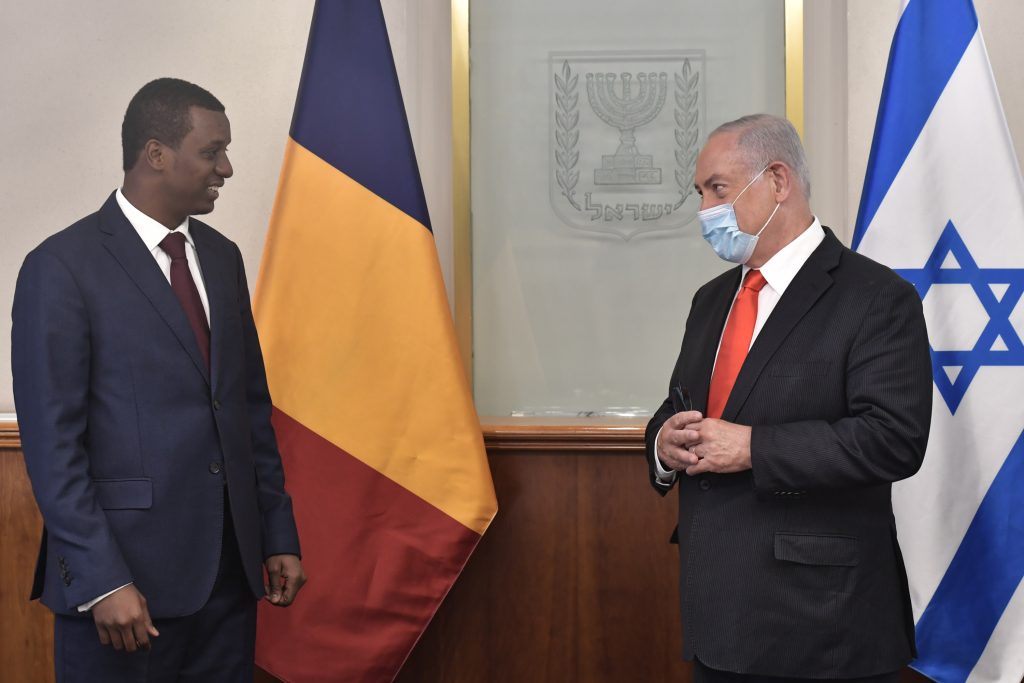 Israel and the African nation of Chad are on their way to normalization.

Prime Minister Binyamin Netanyahu met with Chad Cabinet Chairman Abdelkerim Deby and head of the Chad intelligence service Ahmed Kogri and “discussed with them the appointment of ambassadors and the opening of representations, including the possibility of opening an embassy in Yerushalayim, according to a statement released Tuesday by the Prime Minister’s Office.

They also discussed strengthening bilateral cooperation in a range of areas including the war on terrorism, cyber, water and agriculture. The head of the Prime Minister’s staff, the head of the National Security Council (NSC) and the head of the NSC Middle East and Africa Division, also participated.

Earlier in the day, Israel’s Intelligence Minister Eli Cohen confirmed a report that Chad has plans to open a diplomatic mission in Yerushalayim, The Times of Israel said.

Cohen said that Chad’s cabinet chairman, Abdelkarim Déby, who is also the president’s son, “expressed willingness” to make the move.

A Channel 12 report earlier in the day said that Chad intends to do so within about a year’s time.

In addition, there are plans afoot to send a business delegation from Israel to Chad to promote economic projects in agriculture and mining.

The Chadians spoke favorably about Israel’s normalization with the United Arab Emirates, according to Cohen’s office.

There was no official comment so far from Chad about the reports.