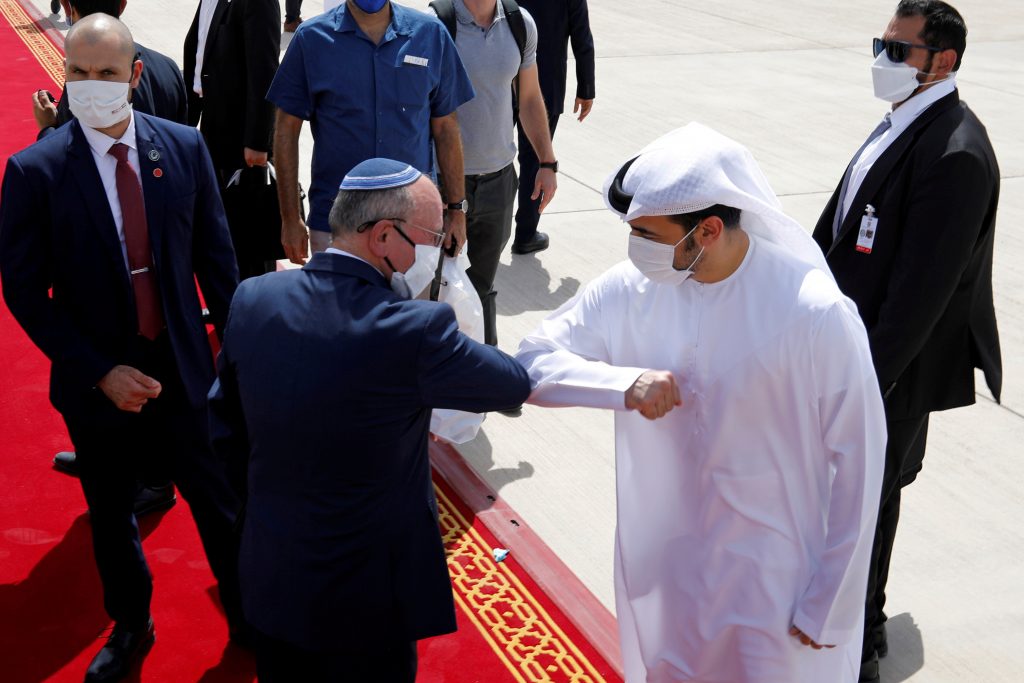 The United Arab Emirates is planning to make its first official visit to Israel on Sept. 22 to build up the countries’ agreement to normalize relations, a source familiar with the provisional itinerary said on Monday.

The two countries announced on Aug. 13 they would normalize diplomatic relations in a U.S.-brokered deal that was hailed as a breakthrough by Washington and Israel but spurned by the Palestinians.

The UAE delegation’s trip to Israel, which has yet to be finalized, would come in reciprocation of a groundbreaking trip to Abu Dhabi last week by senior Israeli and U.S. envoys, the source told Reuters.

The source said the UAE was expected to finalize the trip after a date is announced for a ceremony, likely in Washington, where the countries’ leaders will sign their normalization accord. That ceremony is likely to take place in mid-September, the source added.

The source declined to be identified by name or nationality due to the sensitivity of the evolving contacts.

The trip would be the first publicly acknowledged visit to Israel by an official delegation from the UAE.

Israel exchanged embassies with neighbors Egypt and Jordan under peace deals decades ago. But until the UAE accord, all other Arab states had demanded Israel first cede more land to the Palestinians.