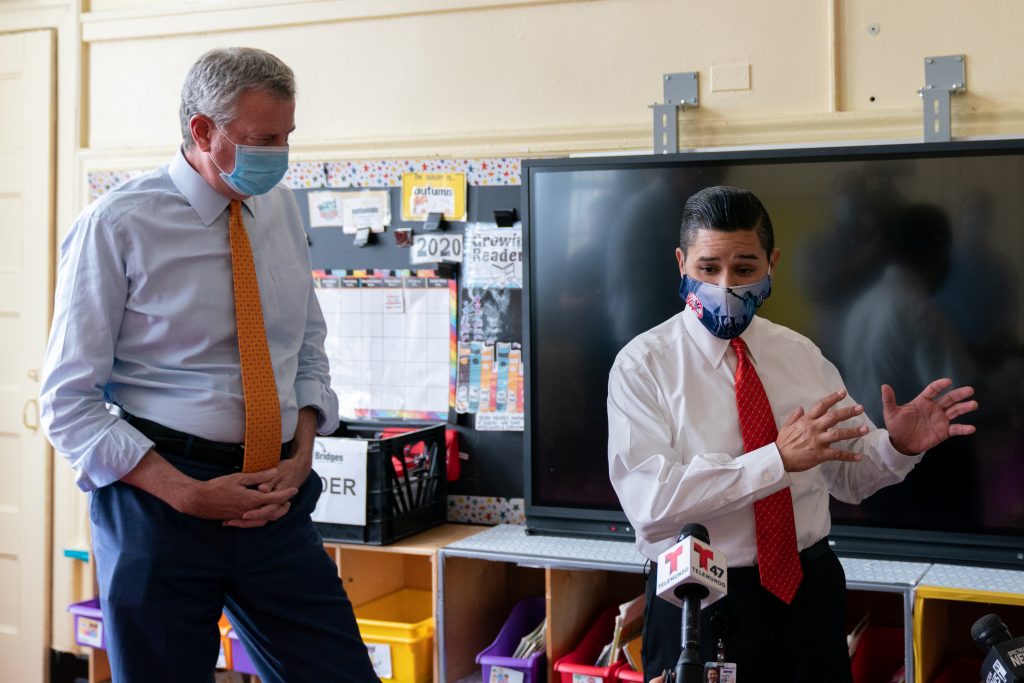 New York City public schools, the largest U.S. school system, will delay the start of classes by 11 days to Sept. 21 under an agreement with education unions that had pushed for additional coronavirus safety measures, Mayor Bill de Blasio said on Tuesday.

Unions, led by the United Federation of Teachers, had expressed concern that the city was rushing into its Sept. 10 scheduled start of the school year without taking adequate steps to protect teachers, students and staff from infections.

But in announcing the agreement, de Blasio was joined by union leaders who said their health and safety concerns had been met.

“What we’ve agreed to is to make sure that the health measures are in place, to make sure there is time for the appropriate preparation for our educators,” de Blasio said at a briefing.

UFT President Michael Mulgrew last month threatened to strike, which would be illegal under state law, unless schools implemented a rigorous COVID-19 testing plan and other safety measures.

“Our medical experts have stamped this plan, and we now can say that the New York City public school system has the most aggressive policies and greatest safeguards of any school system in America,” said Mulgrew whose union represents 133,000 teachers and other education workers.