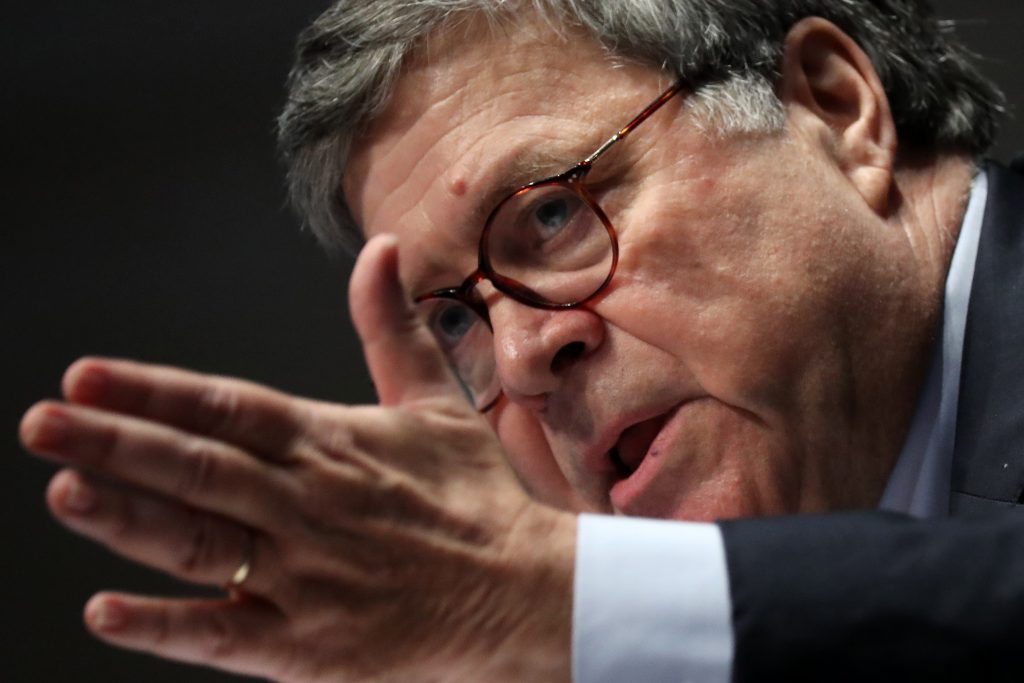 The Justice Department announced a sweeping set of controls on surveillance activities, especially those targeting elected officials, candidates for federal office or their staff and advisers.

The new restrictions announced in memos Tuesday by Attorney General William Barr reflect his agreement with President Donald Trump’s assertion that the FBI and President Barack Obama’s administration “spied” on him and his 2016 presidential campaign during their investigation into Russia’s efforts to help Trump win the election.

“What happened to the Trump presidential campaign and his subsequent administration after the president was duly elected by the American people must never happen again,” according to one of the memos. Trump has branded the investigation into his campaign a “witch hunt” and continues to demand action against those involved.

The two memos imposing the new controls describe them as efforts to ensure that appropriate procedures are in place when Justice Department or FBI investigators seek to collect intelligence using secret wiretaps, physical searches or administrative subpoenas.

“When those activities involve federal elected officials, federal political candidates, or their respective staff members, the Department must be especially vigilant,” according to one of the memos. “Such intelligence activities must be subject to rigorous review to ensure that they are justified and nonpartisan, are based on full and complete information, take into account the significant First Amendment interests at stake, and do not undermine the political process.”

Collectively, the memos represent the most significant action Barr has taken in response to an internal investigation that found the FBI made major errors when it obtained warrants to conduct surveillance on a former Trump campaign aide, Carter Page, in late 2016 and early 2017.

Among the new requirements in one of the memos, the FBI is prohibited from applying for a warrant to conduct surveillance on a political candidate or campaign under the Foreign Intelligence Surveillance Act unless the FBI director first considers conducting a “defensive” briefing to inform the person being targeted.

The application must be certified by the FBI director and approved by the attorney general before it is submitted to the secretive FISA court for approval, according to the memo.

The Justice Department also must determine that all information that could call into question the accuracy of an application, or that could influence a probable cause determination, is accurately and completely disclosed to the FISA court.

The FBI director also is required to develop new procedures within three months on whether to conduct defensive briefings to address concerns that U.S. persons might become “unwitting participants in an effort by a foreign power to influence an election of the policy or conduct of the United States Government.”

The second memo is aimed to ensuring the FBI has appropriate internal controls to oversee its investigative and surveillance operations. Among other measures, the FBI will create new offices to audit the bureau’s national security activities.