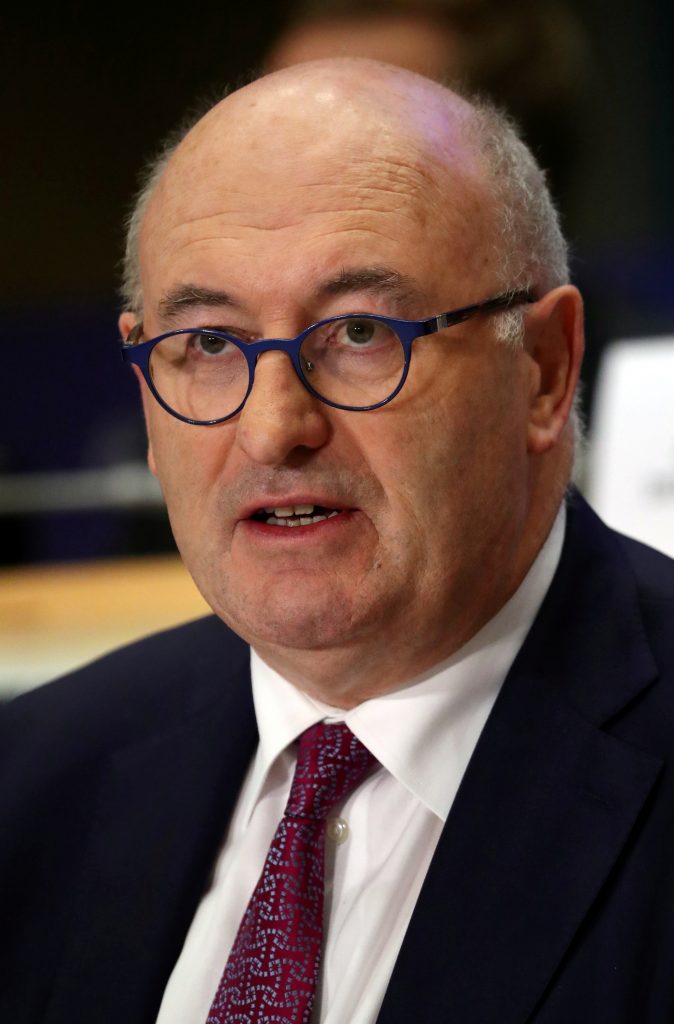 The European Union’s top trade official, Phil Hogan, resigned late Wednesday after he became embroiled in a controversy over a recent trip home to Ireland and questionable adherence to COVID-19 rules.

The move will force the EU’s executive office to replace a key commissioner in the midst of the pandemic crisis and as the final months of talks on a future deal with post-Brexit Britain approach.

“This evening I have tendered my resignation as EU Trade Commissioner,” Hogan said in a statement. “It was becoming increasingly clear that the controversy concerning my recent visit to Ireland was becoming a distraction from my work.”

He has come under fire in his home country amid allegations he skirted rules other Irish citizens have to live by. A contrite Hogan acknowledged such a fundamental error and said, “I fully understand their sense of hurt and anger when they feel that those in public service do not meet the standards expected of them.” He added: “as a public representative I should have been more rigorous in my adherence to the COVID guidelines.”

The EU has consistently underscored the importance of obeying all restrictions imposed by the 27 member countries, and turning a blind eye to infractions by its own top officials would undermine that effort.

“I reiterate my heartfelt apology to the Irish people for the mistakes I made during my visit,” Hogan said.

Von der Leyen had been assessing whether to fire the Commissioner over his travel infractions when Hogan said he would resign — insisting he was jumping and had not been pushed. Hogan had earlier lost the support of the Irish government, but the final decision on his fate was for Von der Leyen to make.

“I respect his decision,” Von der Leyen said. “I am very grateful to him for his tireless work as a Trade Commissioner since the start of this mandate.”

Hogan held an important position in the bloc’s Executive Commission, being the key person dealing with international trade issues like commercial agreements with the United States or future relations with Britain, which officially left the EU on Jan. 31.

The scandal was fueled further by changes in Hogan’s account of his actions, as he issued a series of statements about his travel and adherence to the rules Ireland had imposed.