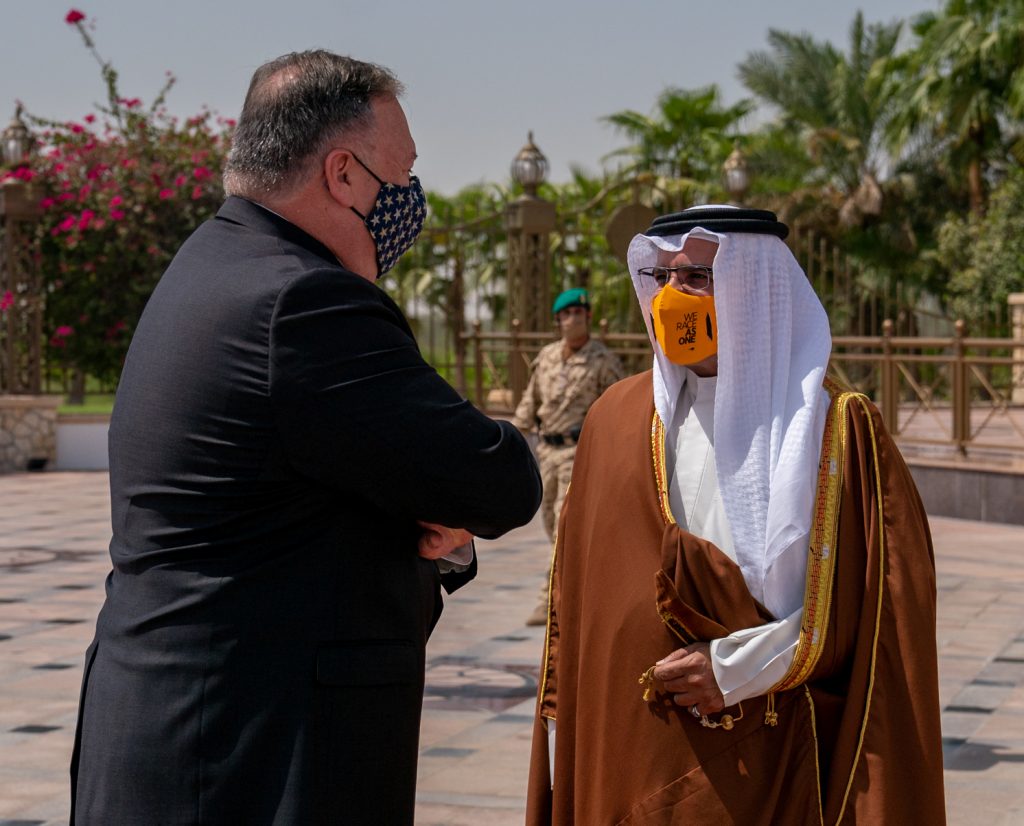 The Arab Gulf States may not fall in line with the UAE’s normalization with Israel like a row of dominoes.

Bahrain signaled on Wednesday that normalization was not an immediate, or perhaps even a near-term, option.

U.S. Secretary of State Mike Pompeo met with King Hamad bin Isa Al-Khalifa in the capital Manama to discuss regional changes and try to persuade him to do as the UAE is doing.

But if the official Bahrain News Agency (BNA) report was any indication of what transpired at the behind-closed-doors meeting, Pompeo didn’t get very far:
“The king stressed the importance of intensifying efforts to end the Palestinian-Israeli conflict according to the two-state solution… to the establishment of an independent Palestinian state with East Jerusalem as its capital,” the report said.

“We discussed the importance of building regional peace and stability, including the importance of Gulf unity and countering Iran’s malign influence in the region,” Pompeo wrote in something short of a triumphant communiqué.

After, Pompeo flew to the UAE, where is was expected to meet with UAE Foreign Minister Abdullah bin Zayed Al-Nahyan in Abu Dhabi, the capital of the seven-sheikdom federation.