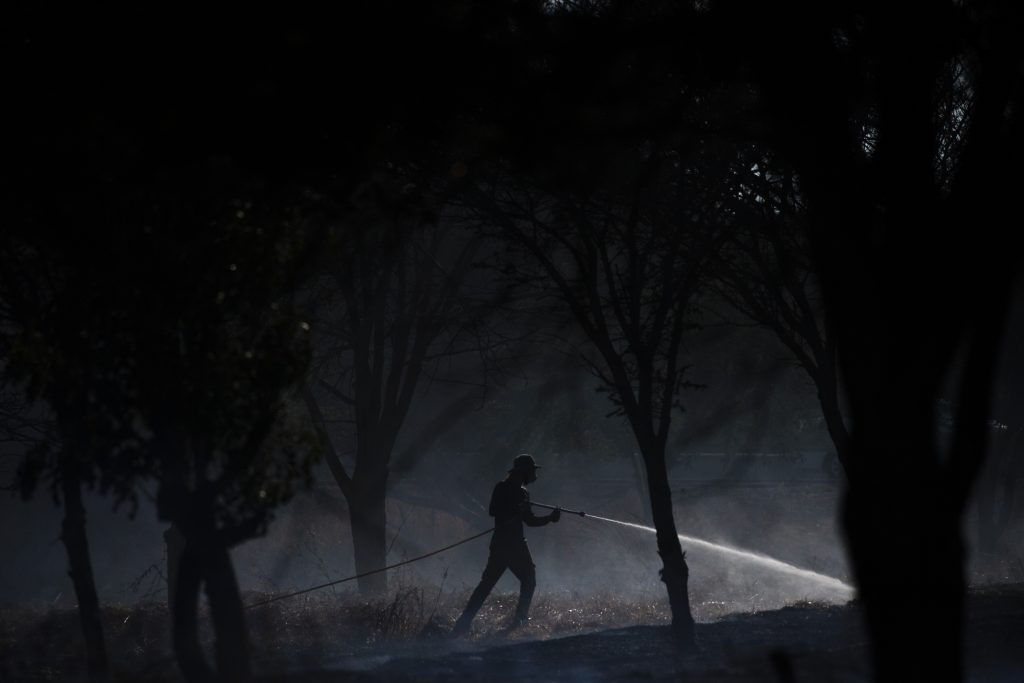 The IDF said it bombed terror positions in the Gaza Strip early on Tuesday in response to incendiary balloons launched into southern Israel farmlands a day earlier.

It was the second night in a row that Israel bombed the coastal territory. Tensions between Israel and Palestinian militants in Gaza have intensified in recent weeks.

The IDF said that it bombed “military posts and an underground infrastructure” belonging to the Hamas terror group. There were no immediate reports of casualties or damage.

In recent weeks Palestinian terrorists have launched scores of incendiary balloons into southern Israel that have burned large swaths of farmland. The increasing attacks appear aimed at pressuring Israel to ease the blockade imposed on the Gaza Strip since Hamas took control of the territory in 2007.

Israel has responded to fire balloons and sporadic rocket fire with airstrikes on terror positions and says it holds Hamas accountable for all attacks coming from the territory.

Last week Egyptian mediators tried to ease tensions and bolster the informal truce between Israel and Hamas that has largely held since the 2014 war in Gaza.