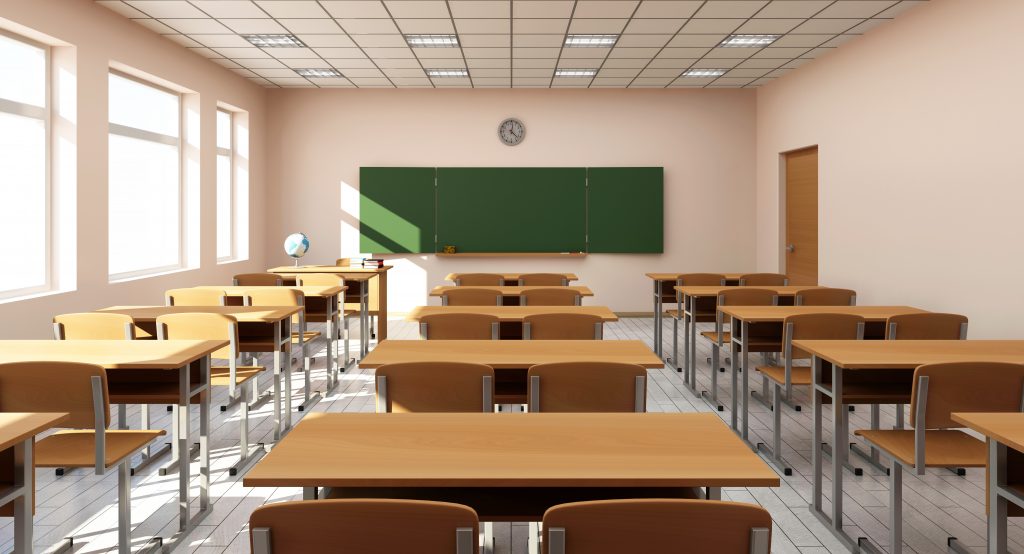 He also said schools are slated to reopen on time despite vehement pushback Wednesday from the United Federation of Teachers, which is demanding that every teacher and student get tested for the coronavirus ahead of the school year.

“Every New Yorker can see exactly what is being done and the level of comprehensive effort — layer upon layer — to make sure we have the safest school year ever,” he said. “If we don’t think they are safe and ready, they won’t be open.”

De Blasio’s assurances came as he and Schools Chancellor Richard Carranza issued a written pledge that outlines measures the city is taking to ensure student and teacher safety. But the pledge’s assurances, which include a nurse in every school, a month’s supply of protective gear and daily school cleanings, are nothing new and did not include the teachers’ union’s demand for comprehensive COVID testing.

The union is threatening to strike — despite legal prohibitions against doing so — if its safety demands are not met.

“It’s going to be tough. We have to recognize there will be a lot of imperfections,” de Blasio said Thursday. “[But] we need to help our kids begin the pathway to life coming back to normal.”

He said that schools are already receiving daily shipments of PPE, and that the city will employ electrostatic cleaning to sanitized schools throughout the day and after school hours.

But UFT President Michel Mulgrew said Wednesday those measures are not enough to keep teachers, students and other staffers safe — and that schools shouldn’t reopen at all unless these conditions are met.

Mulgrew and teachers’ union are demanding three basic concessions: across-the-board testing for students, teachers and staff before school starts; random testing throughout the school year; and union inspections of protective gear, ventilation and other COVID protocols.

“Our position is clear: The school should remain in remote-only operation” if the safety conditions aren’t met, Mulgrew said. “No one should enter the building and put themselves and their family at risk.”

The pitched battle between de Blasio and the teachers’ union comes as the city faces a staggering number of layoffs due to the financial strain COVID brought to the Big Apple with it. That separate but related crisis could render the union fight moot.

De Blasio has projected 22,000 municipal worker layoffs if the city fails to get federal aid, additional state-authorized borrowing power, or concessions from public employee unions. Carranza has said the school system is facing up to 9,000 layoffs, which would make it impossible to conduct any in-person learning during the next school year.

“No one wants anyone laid off,” Carranza said Thursday. “As we look to come back to in-person learning — especially with less children in each classroom, which requires more staff — obviously any potential layoffs would impact our ability to do that in person.”