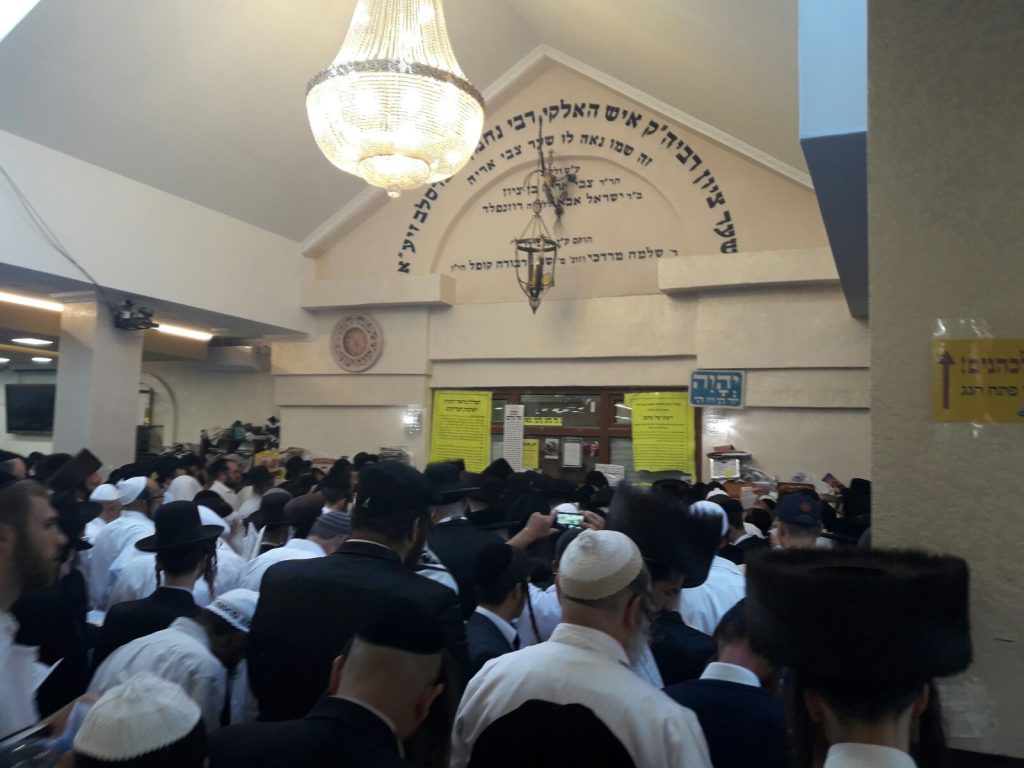 The Ukrainian Ministry of Internal Affairs announced on Monday that the government will prohibit arrivals to the city of Uman for Rosh Hashanah.

Ukraine Interior Minister Arsen Avakov said that the mass gathering could cause a massive spike in COVID-19 infections among both visitors and the local population.

Israeli Health Minister Yuli Edelstein had opposed the mass flights to Uman this year, saying it would have led to “a tragedy” in spreading coronavirus.

“We respect the national traditions of different peoples and religious communities and every year we do our best to ensure that they comply with the highest standards of security. However, in recent weeks, Ukraine has seen an increase in outbreaks of coronavirus among the population,” said Avakov on Tuesday, adding that “the epidemiological situation in the country and the world does not allow to organize and hold mass events, especially with the participation of foreigners.”

Earlier, Mayor of Uman Oleksandr Tsebriy said that if necessary, he would set up roadblocks to ensure that outsiders not enter the city of Uman, adding that 94% of the city’s population oppose the entry of foreigners from “red areas” due to fear of a coronavirus outbreak.

The minister noted that religious processions which were to be held shortly by the Ukrainian Orthodox Church and the Orthodox Church of the Moscow Patriarchate have also been canceled due to concerns over the spread of COVID-19.

At the same time, the United Jewish Community of Ukraine said that the proposal by the Ministry of Internal Affairs, supported by the Ukrainian government, to introduce technical restrictions on the entry of foreigners into Uman does not yet constitute a complete ban on the pilgrimage of the Breslov Chassidim to Uman.

It was noted that a number of Chassdim have already arrived in Uman ahead of Rosh Hashanah.

A joint statement by Israel and Ukraine released Tuesday read: “At the initiative of Ukrainian President Volodymyr Zelensky, Rosh Hashanah has been granted the status of a national holiday in Ukraine. As such, it bears significance which goes beyond personal interest.

“At the same time, the epidemiological situation in both Ukraine and Israel, as well as in the whole world, unfortunately, does not allow us to mark the holiday this year as is customary.

“In accordance with the recommendations and warnings of the Health Ministries of Ukraine and Israel, we urge pilgrims planning to take part in the Rosh Hashanah celebrations in Ukraine to avoid visiting Uman due to the threatening epidemiological situation. However, for those who decide to visit Uman anyway, we emphasize that distancing restrictions apply to all public events and will be strictly enforced.”