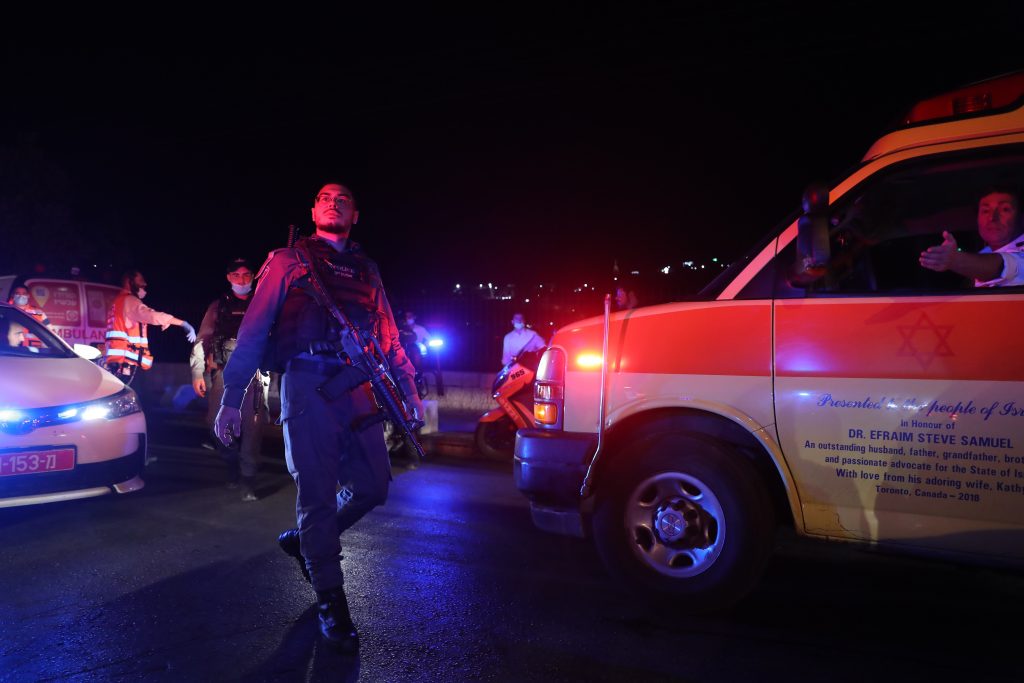 A Border Policeman was moderately wounded in an apparent stabbing attack in Yerushalayim’s Old City on Monday night, officials said.

The assailant was shot dead by officers at the scene, according to police.

“We gave him life-saving medical treatment, including stopping the bleeding, bandaging him, and giving him medication, and we took him quickly to the hospital in moderate, stable condition,” a Magen David Adom medic said, according to The Times of Israel.

A Hadassah spokesperson said the officer had stab wounds to the chest. “He is stable and fully conscious,” she said.

The attack occurred near the Lions’ Gate in the Old City, shortly before Muslim nighttime prayers. Police closed off the area, including Har Habayis.