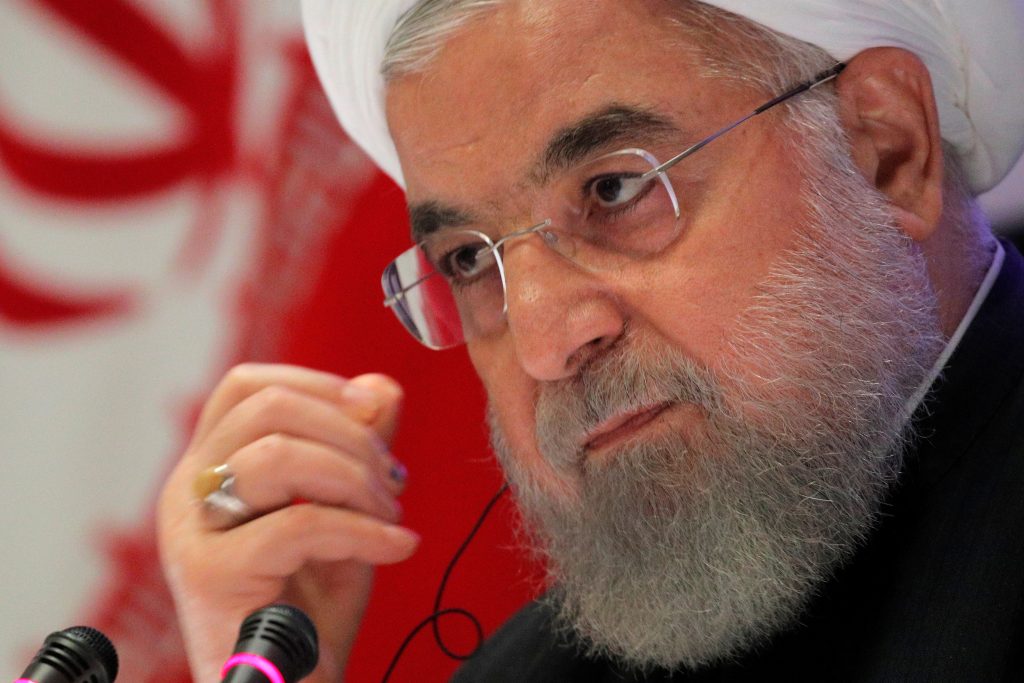 Iran’s powerful Revolutionary Guard vowed there will be dangerous consequences for the United Arab Emirates after it announced a historic deal with Israel to open up diplomatic relations.

The UAE is the first Gulf Arab state to do so and only the third Arab nation to establish normalized relations with Israel, Iran’s regional archenemy. As part of the U.S.-brokered deal, Israel agreed to temporarily put off the annexation of parts of Yehudah and Shomron.

The Iranian Guard called the deal a “shameful” agreement and an “evil action” that was underwritten by the U.S., according to the group’s statement on a website it runs, Sepah News.

The Guard warned that the deal with Israel will set back American influence in the Middle East and bring a “dangerous future” for the Emirati government.

Iranian President Hassan Rouhani has also condemned the Emirati move. In a speech, he warned that the United Arab Emirates has made a “huge mistake” in reaching a deal toward normalizing ties with Israel.

Rouhani warned the Gulf state against allowing Israel to have a “foothold in the region.”

Iran’s foreign minister, Mohammad Javad Zarif, called the agreement a painful betrayal of Arab and other countries in the region, during a trip to Lebanon on Friday.

Less than 100 people gathered in front of the Emirates embassy in the capital Tehran on Saturday evening to protest the deal. They chanted “death to Israel” and “death to America” and burned an Israeli flag.

The UAE summoned Iran’s chargé d’affaires in the country for a rebuke, after Tehran said it would hold Abu Dhabi responsible if “anything happens” in the Persian Gulf, state news agency WAM reported, according to Al-Arabiya on Monday.

The UAE’s Foreign Ministry called a speech by Iranian President Hassan Rouhani over the matter “unacceptable and inciting,” according to the report.

Meanwhile, Mauritania, a member of the Arab League, said it trusts the “wisdom and good judgment” of the UAE leadership in agreeing to normalize relations with Israel, UAE state news agency WAM said on Sunday.

“The UAE possesses absolute sovereignty and complete independence in conducting its relations and assessing the positions it takes in accordance with its national interest and the interests of Arabs and Muslims,” WAM quoted a statement from Mauritania’s foreign ministry as saying.

Mauritania had full diplomatic ties with Israel, but froze relations in 2009 in response to the 2008-09 Gaza war.