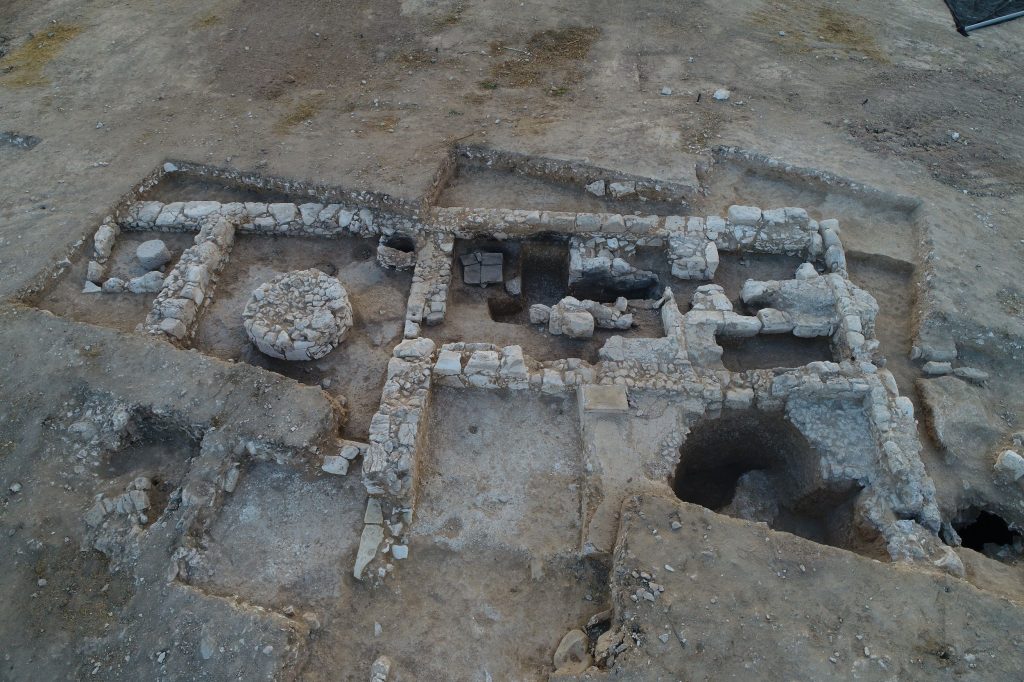 Israel’s most ancient soap making workshop (soapery) was discovered in recent weeks at an excavation site that archeologists believe dates back approximately 1200 years ago, in the Bedouin city of Rahat.

The production of olive oil soap is mentioned in writings since the 10th century CE and it has been a significant industry in the region from the Middle Ages until the early 20th century. During the soap-making process, olive oil was used as the base material, mixed with ashes produced by burning salsola soda (saltwort) plants, which contain potash and water. The mixture was cooked for about seven days, after which the liquid material was transferred to a shallow pool, where the soap hardened for about ten days until it could be cut into bars. These were piled for additional drying, and the final product was ready after an additional period of two months.

According to Dr. Elena Kogen Zehavi, the Israel Archeological Authority excavation director, “This is the first time that a soap workshop as ancient as this has been discovered, allowing us to recreate the traditional production process of the soap industry. For this reason, it is quite unique. We are familiar with important soap-making centers from a much later period – the Ottoman period. These were discovered in Yerushalayim, Shechem, Jaffa, and Gaza.”

According to Svetlana Tallis, IAA Northern Negev District archaeologist, “One of the underground spaces of the wealthy building contained another exciting find, shedding light on the daily life of the inhabitants – a round limestone gameboard used for a strategy game called the ‘Windmill.’ This game is known to have existed as early as the 2nd and 3rd centuries CE (the Roman period), and it is still being played to this very day.”

Nearby, a second gameboard known as “Hounds and Jackals,” or “Fifty-eight Holes” was also found. This game was first played in Egypt and it spread to other parts of the Mediterranean basin and to Mesopotamia around 2000 BCE. In Israel, it has been discovered in ancient Megiddo and Tel Beth Shan. It was played by two players throwing dice or sticks that determined the number of places to move with each throw. The goal of the game seems to have been to reach a specific point on the board.