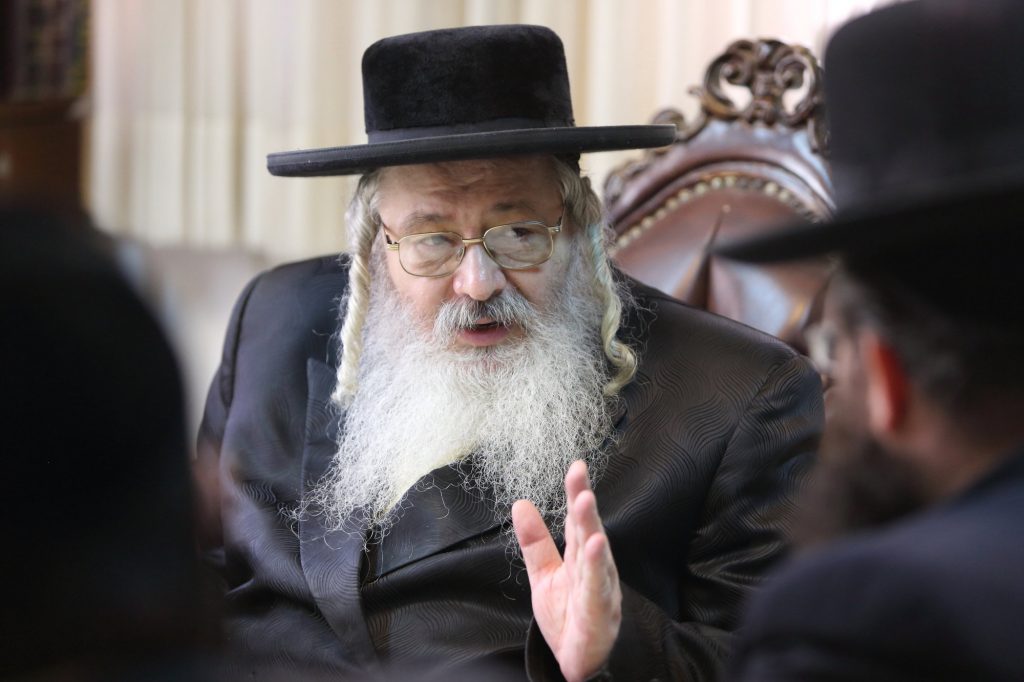 The Chassidic world was plunged into mourning Thursday morning, with the news of the petirah of the Shomrei Emunim Rebbe of Bnei Brak, Harav Refael Aharon Roth, zy”a, at the age of 72.

The Rebbe had been hospitalized in recent weeks in the Laniado Medical Center in Netanya, after he caught the coronavirus. Many tefillos were held for the Rebbe’s refuah, but alas the gezeirah was sealed.

The Rebbe, Harav Refael Aharon Roth, was the oldest son of the previous Shomrei Emunim Rebbe, Harav Avraham Chaim Roth, zy”a, the Chukei Chaim. His father was the only son of the famed Rebbe Harav Aharon (Reb Arele) Roth, zy”a, the author of Shomer Emunim. He was born in Cheshvan 5708/1947, and was named Aharon for his grandfather who had passed away just a few months earlier. His mother, Rebbetzin Basya Chaya, a”h, was the daughter of Harav Mordechai Goldman of Zhvill, zy”a. Her grandfather, Harav Gedalya Moshe of Zhvill, zy”a, served as sandak at the bris.

When the Rebbe took over from his father, the court of Shomrei Emunim began to experience his leadership, as he founded a yeshivah in Bnei Brak, Yeshivas Chukei Chaim, named for his father. He also founded many chessed and tzedakah initiatives in the community.

His leadership was lofty and sublime, and he served as a role model for all the Chassidim. Many would flock to the Rebbe’s tischen, and his divrei Torah were published and widely spread.

The Rebbe is survived by, lhbch”l, his Rebbetzin, twelve children many grandchildren and great-grandchildren.

The levayah will be held Thursday afternoon, from the Shomrei Emunim beis medrash in Bnei Brak, to Yerushalayim, where the Rebbe will be buried on Har Hazeisim, near the kever of his father, zy”a.