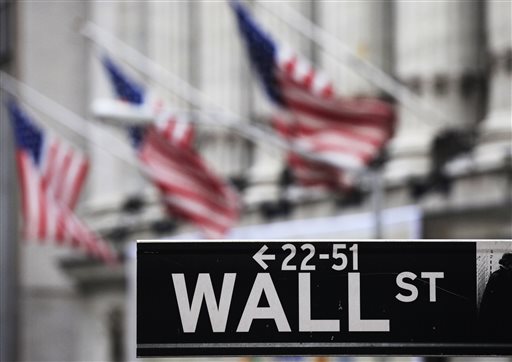 Stocks are rebounding in early trading on Wall Street Wednesday, carrying the S&P 500 back toward the cusp of its record high.

The benchmark index was up 1% after the first half-hour of trading and on pace for its eighth gain in nine days. It pulled within 0.6% of its record for the first time since the day after it set its high in February, when the coronavirus seemed like just a far-away worry for Wall Street.

The lift followed up on gains for stocks across Europe and much of Asia, while Treasury yields continued their sharp rally after a report on inflation came in higher than expected for the second straight day.

The U.S. stock market is on the edge of erasing the last of the losses taken after the coronavirus pandemic crushed the economy into recession. The economy has shown some improvements in recent months, but it is still clearly hobbling amid worries that the continued pandemic may force a backslide in activity.

Much of the stock market’s rebound has been due to massive amounts of support from the Federal Reserve, which has slashed interest rates to zero and propped up far-ranging corners of the bond market to keep the economy’s head above water. The ultra-low interest rates mean investors are getting paid very little to own bonds, which pushes some into stocks, boosting their prices.

Congress has also offered unprecedented amounts of aid, though it’s hit a seeming impasse in negotiations to re-up its assistance.

All that support has investors willing to look a few months or a year into the future, when a vaccine for the new coronavirus will hopefully help the economy get back to normal. More importantly, the hope is that corporate profits will also rebound from their current coronavirus-caused hole.

Wall Street’s gains on Wednesday were widespread, with more than 90% of the stocks in the S&P 500 higher.

Big technology stocks were among the biggest forces prodding the market higher. It’s a return to form for them, following a mini-stumble in recent days. Big tech-oriented giants like Apple, Microsoft and Amazon have been the year’s biggest winners, carrying the stock market through the pandemic despite the worries about the economy, on expectations they’ll continue to deliver strong growth regardless of whether people are quarantined.

A report on Wednesday showed that inflation remains very low, but it ticked up more last month than economists expected. Economists debated how much value the report has, given that inflation is likely to remain weak as long as the pandemic is flattening the economy.

But if inflation were to reappear, it could weaken the Federal Reserve’s commitment to keeping interest rates low and draw some investors away from stocks.

Other risks also continue to loom over the market, including worsening tensions between the United States and China, which are the world’s largest economies.

Partisan rancor in Washington is also threatening the possibility of more assistance for the economy. A $600 weekly unemployment benefit from the U.S. government expired with July’s end, and investors say the economy needs another big lifeline from Washington.