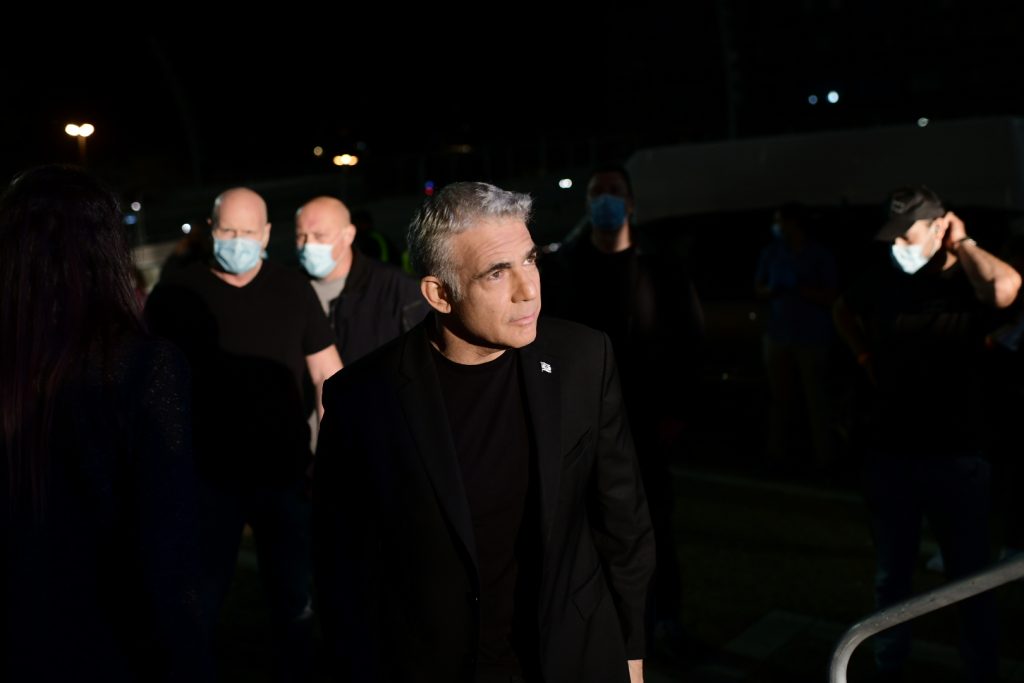 With the coalition in trouble and Prime Minister Binyamin Netanyahu‏‏ reportedly planning on another round of elections, opposition parties are moving to block him from continuing in power.

Yair Lapid’s Yesh Atid-Telem party and Meretz, led by Natan Horowitz, have announced their intention to introduce bills separately to bar a Knesset member under indictment from forming a government. If passed, the bills would prevent Netanyahu, who currently faces trial on corruption charges, from succeeding himself as Prime Minister if he wins another election with enough MKs to form a majority.

“The fact that there was no cabinet meeting today [Sunday] and we’re galloping toward elections because the Prime Minister has indictments [against him] and this is all that occupies him is a complete disgrace,” Lapid said in a statement Sunday. “People have nothing to eat, businesses are closing. The situation cannot continue like this.”

Lapid’s party’s bill to disqualify Netanyahu will be voted on Wednesday.

“It cannot be that a criminal defendant will manage a whole country according to whims and criminal interests,” Horowitz said. “The current Knesset has a majority for such a law, and it can prevent fourth elections.” There have been three since April 2019.

Meanwhile, Benny Gantz was hedging. His stalemate with Netanyahu over whether the budget will be one-year or two-year, if not resolved in time, will trigger elections.

Gantz said on Army Radio he does not want new elections, but he refuses to back down on the budget dispute, as does Netanyahu.

“Support for a law like this is right on an ethical level, but to agree to it is to go to elections. We entered the government because it was a difficult time,” Blue and White MK Eitan Ginzburg told Army Radio. The Netanyahu-Gantz coalition obviated a fourth election at the time.

No one believes that the issue is really about the merits of a two-year versus a one-year budget.

Channel 12 reported that two senior Likud officials had urged Netanyahu to go to elections for political, not economic, reasons.

“The meaning of a two-year budget is that Gantz will be Prime Minister,” the two Likud officials reportedly said, referring to the coalition agreement’s rotational clause, which would have Netanyahu stepping aside for Gantz to take over as Prime Minister after 18 months.