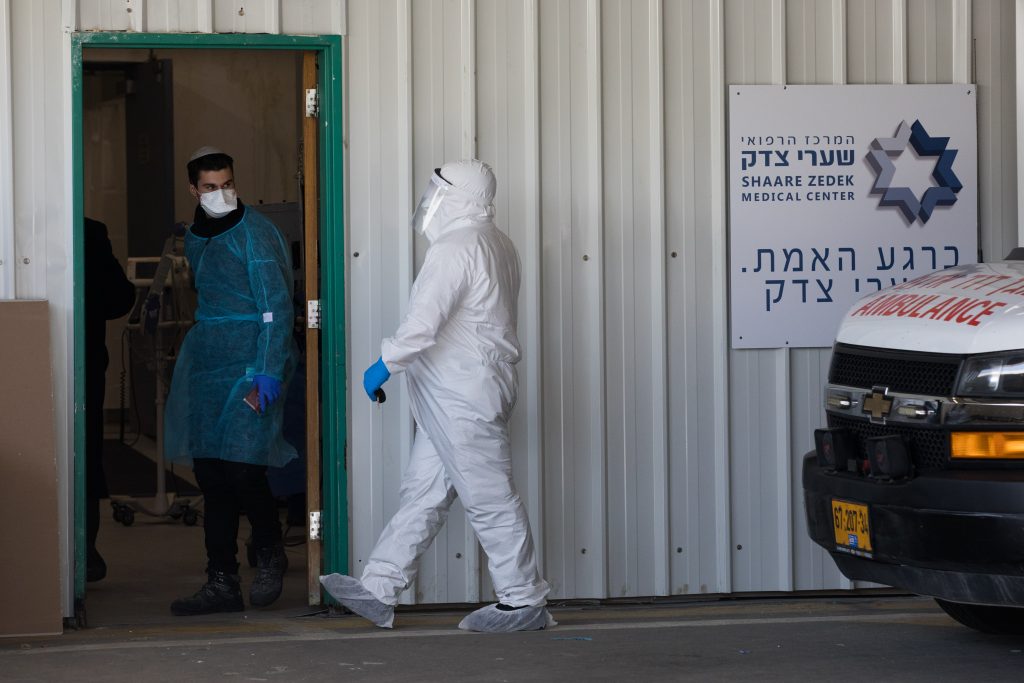 After nearly breaking the world record, Marina Chivatova, 74, was released from Shaare Zedek Medical Center in Yerushalayim after having spent 99 days in hospital and undergoing 19 coronavirus tests. 17 tests came back with a positive answer. It was only after the last two came back negative that Chivatova was finally released from the hospital.

This is believed to be the longest stay in Israel for a hospitalized coronavirus patient. Part of the time her condition was considered serious. A Detroit man spent 107 days in hospital fighting coronavirus, 6 weeks of them on a ventilator.

In recent weeks, Marina’s condition had stabilized, and the medical teams determined that she was in good condition and ready for release, and waited for her negative tests to release her.

Dr. Ramzi Kourd, director of the Corona Unit at Shaare Zedek said that they were “thrilled to see how Marina has recovered and is being released.”

“Over the course of this lengthy stay she and her family have become integral parts of the Unit and we’re happy to see her returning home,” he added.

Coronavirus patients whose tests return with a positive result over time are nothing new – but in Chivatova’s case some things were unusual, as even people who have been ill for a long time have not reached such a long period of time, of over three months.