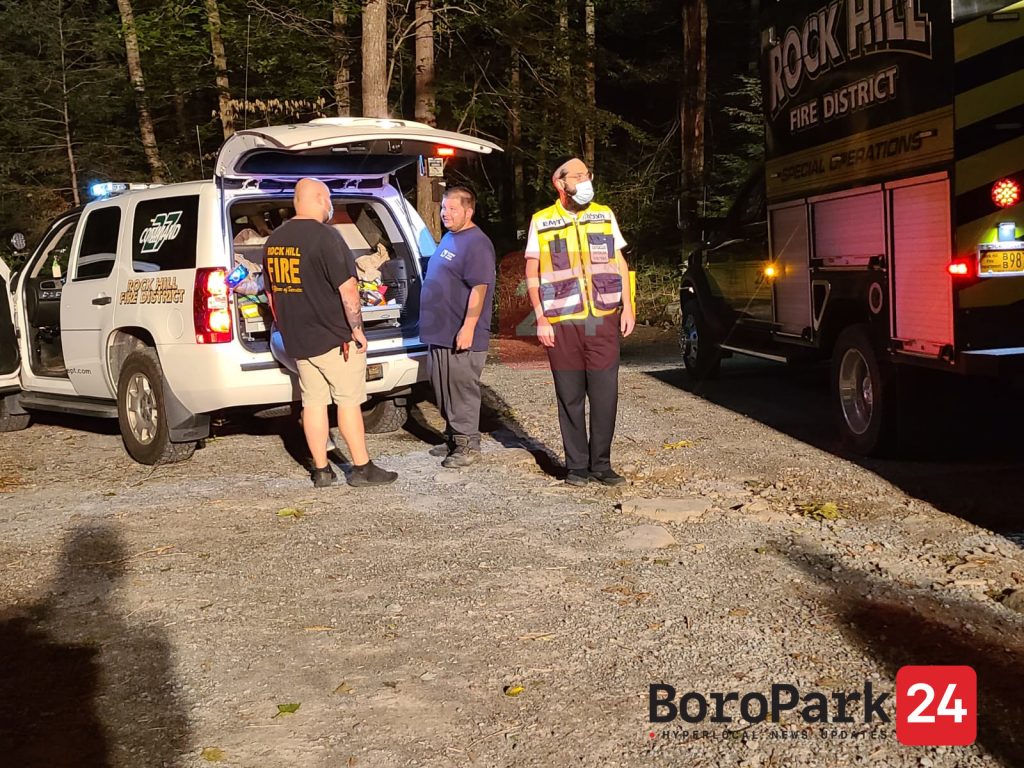 Two bachurim who were lost while hiking with a group were found after a massive search that brought in reconnaissance teams and helicopters.

The boys, both of whom are 17 years old, had gone hiking at Neversink Gorge Trails in Rock Hill, New York, with about 100 others. A Catskill Hatzalah member told Hamodia that originally the group stuck together, but they spread out after being advised to do so by park rangers, in order to ensure proper social distancing.

Sometime during the afternoon, the group noticed that two boys had wandered off and were separated from the main group. Since there was no phone reception in the gorge, they were not able to call for help until they exited the forest several hours later.

An intensive search by multiple agencies ensued, including the Catskills Hatzolah, first responder teams from Sullivan County Sheriff Department, NY Forest Rangers, NY State Police and Rock Hill Fire District, and a chopper from the NY State Police was brought in to help.

The boys were found nearly three miles from the trail, stranded on a rock in middle of a fast moving stream. A swift water rescue was commenced, and with chasdei Hashem both boys were returned to safety in the wee hours of the morning.