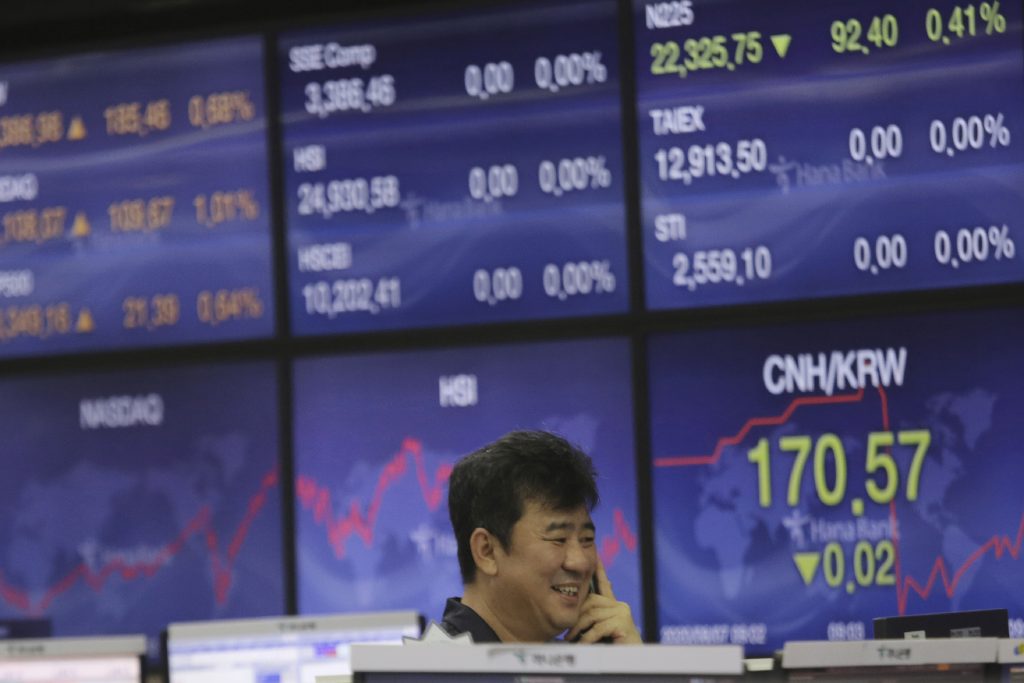 The Trump administration unveiled bans on U.S. transactions with China’s ByteDance which go into effect in 45 days.

Developing world stocks were set to end the week higher as investors remained hopeful of more stimulus for the U.S. economy, while also enjoying a recent surge in commodity prices.

Turkey’s lira hit a record low of 7.32 against the dollar after losing nearly 19% against the greenback so far this year, with growing concern that state efforts to stabilize the currency could fizzle and spark bigger problems for the Middle East’s largest economy.

“Such a breakout indicates that whatever intervention mechanism had kept the exchange rate flat has failed,” said Tatha Ghose, forex and emerging markets analyst at Commerzbank.

The country’s central bank has started lifting some funding costs and analysts said it could go further on Friday, tightening such backdoor policy tools to head off more lira weakness.

“The various capital controls and restrictions, which Turkish policymakers were using, obviously no longer suffice to keep the lira stable … only a qualitative turnaround in CBT’s monetary policy regime can stabilize the exchange rate in the medium-term,” Ghose added.

Most currencies in central and eastern Europe were rangebound against the euro, with the Czech crown retreating from multimonth highs a day after the country’s central bank held interest rates steady and signaled stability at least until mid-2021.