Regional Days After Isaias, Many Around Lakewood Area Still Without Power
Regional 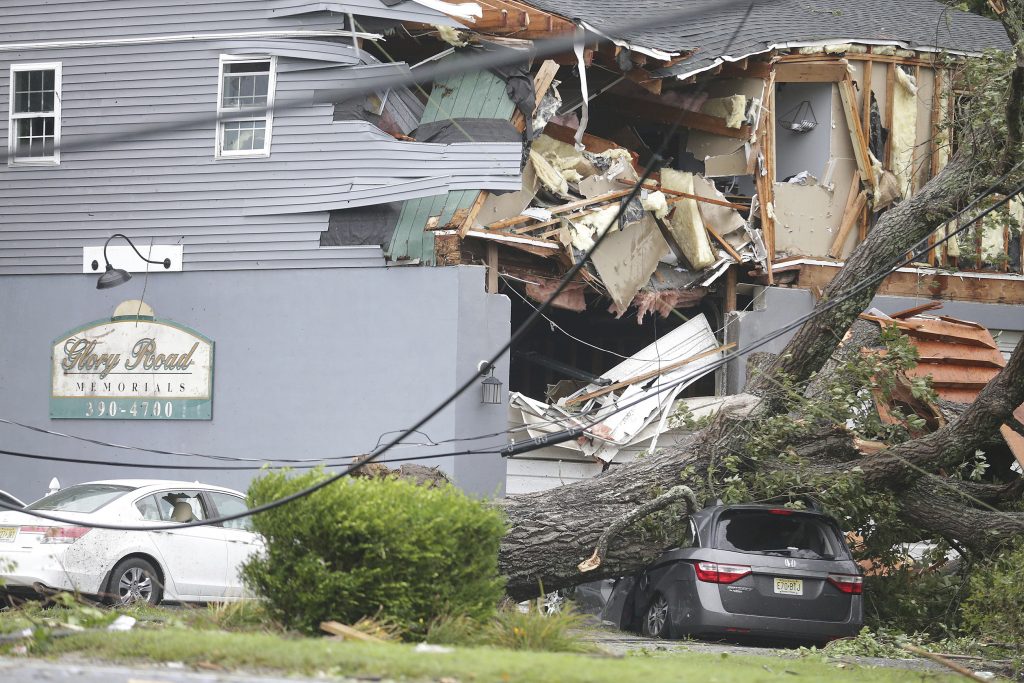 Prolonged power outages left in the wake of Tropical Storm Isaias had many in Lakewood and surrounding areas still waiting for the electricity to return to their homes and businesses for days – with little indication from providers as to when full service would return.

The storm passed through New Jersey and much of the northeast Tuesday morning and early afternoon. Though heavy rains and winds only lasted for a few hours, streets were left littered with downed trees and branches. Some of these brought down powerlines causing blackouts that initially left over 15,000 in Lakewood and 150,000 in Ocean County without power.

Crews began working almost immediately after the storm subsided and thousands had their power back on by that night, but outages were still widespread in Lakewood, Jackson, and Toms River through Wednesday.

By Thursday, many more areas had been turned back up, but scattered areas had not yet been repaired leaving thousands without power.

“As of right now, I’m still sitting in front of my dark house,” Jackson resident, Mordy Burnstein told Hamodia on Thursday afternoon. “It seems funny that in 2020 we should be left without power for more than two days especially in the middle of a hot summer. But as a layman who is not an expert in wiring, it’s hard for me to know if any more could have been done.”

From when the storm hit, power provider Jersey Central Power and Light (JCP&L) provided no guidance as to when power would be restored. Wednesday night, the company posted a message that a full restoration would occur by August 11, a full week after the storm. Unofficial reports indicated that additional work crews had been brought to the areas and that most of northern Ocean County would be restored by Friday.

As in previous extended blackouts, effects ranged from the inconvenience of dark and hot nights to some serious medical issues among elderly or ill residents. Lakewood Township and several local chessed organizations helped to provide generators and food for those in need.

As the outage wore on, food spoilage became a problem for many families and businesses. Some managed to save some perishables by moving them to locations were power was never lost or had been restored, but much was lost.

By Thursday, widely circulated images showed several groceries and supermarkets having to dispose of large amounts of merchandise.

“We did a walkthrough of the store and threw out what we knew didn’t last,” Mordechai Hirschman, manager of NPGS supermarket’s South Lake location told Hamodia.

The store closed after it lost power on Tuesday and by keeping its freezers shut until power was restored mid-day Wednesday, they were able to preserve the freshness of many products and minimize losses. NPGS’ branch in central Lakewood retained power through the storm. As of Thursday, its Jackson branch was still without electricity, but had reopened powered by a generator.

In light of the increasing frequency of outages in recent years, Mr. Hirschman said that plans were underway to purchase generators for the store’s branches for future use. The item has become increasingly sought after by both individuals and businesses in the area.

Despite the challenges to his business, Mr. Hirschman was generous in his assessment of whether JCP&L could have done more to restore power quicker.

“Based on what I heard and saw, the damage was pretty widespread, there’s only so much they could do,” he said.

“I think that state government has to take a good hard look at JCP&L,” he told Hamodia. “It’s fine and dandy for them to maintain a small workforce, but they are a very big company and this is not the first time they haven’t had the staff they need to address their customer’s needs.”

Mayor Coles said that he had been in touch with local legislators and the Governor’s office about the matter. He said that JCP&L’s staffing issues were not only an impediment in emergencies, but that it has repeatedly stood in the way of routine maintenance and service needs in the past.

“There’s a construction site on Cedarbridge that’s stalled because JCP&L doesn’t have the people to come and move the electric poles,” said Mayor Coles.

On Wednesday, Governor Phil Murphy visited Jackson to assess storm damage, but declined to answer a question about JCP&L’s performance saying that such evaluations should wait until after the crisis has been fully dealt with.

A request for comment by JCP&L from Hamodia was not returned.

Mayor Coles said that the cause for delays were squarely rooted in staff shortages. Since transmission lines and substations were also damaged in the storm, those had to be repaired before individual power lines could be addressed. While multiple crews were ready to begin clearing fallen trees and utility poles shortly after the storm, they were held back from doing so by a lack of JCP&L linemen needed to remove or neutralize any potentially dangerous wires.

“As long as we are going to have infrastructure above ground, things can’t be perfect and there will be kinks,” said Mayor Coles. “It could be that they were not expecting this storm to do the damage it did, but I think it should be up to JCP&L to take the worst possible scenario into account.”