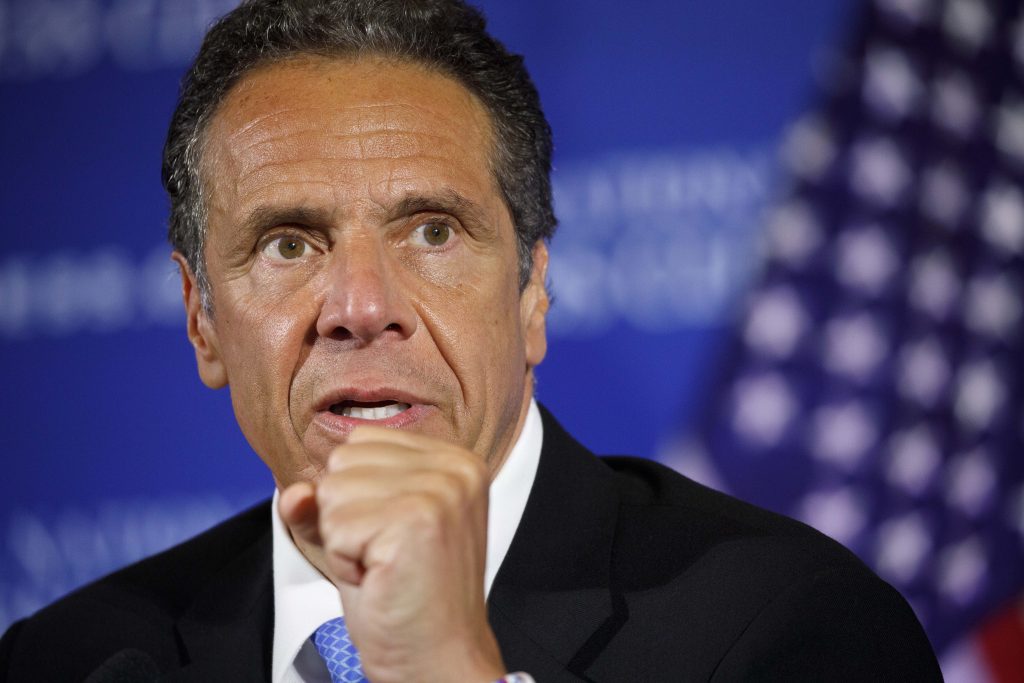 New York Gov. Andrew Cuomo says he opposes raising taxes on the wealthy to help the state weather the coronavirus economic crisis, but it is clear that federal aid alone won’t solve the state’s fiscal woes.

COVID-19 shutdowns have decimated consumer spending and tourism in New York and observers warn of a slow recovery. Cuomo’s administration is projecting a $13 billion drop in tax revenues through next April and a potential $61 billion hole over the next four years.

Democrats in the N.Y. State Assembly and liberal groups including VOCAL-NY have proposed tax hikes on the ultra-rich as a way of dealing with the crisis. Rep. Alexandria Ocasio-Cortez is among those who have urged Cuomo to get on board, telling the governor in a recent video that “it’s time to stop protecting billionaires, and it’s time to start working for working families.”

Cuomo, though, remains unconvinced, saying that the state’s roughly 100 billionaires can’t make up the gap alone, and that overtaxing them will simply cause them to move elsewhere.

“You have 100 billionaires. You will have to tax every billionaire half a billion dollars to make it up. You know what that means? That means you have no billionaires,” Cuomo said Wednesday in a conference call with reporters. He noted that New York already has among the nation’s highest taxes on the wealthy.

Supporters of such measures, though, see an opening in the N.Y. State Senate, where Majority Leader Andrea Stewart-Cousins has said that “this crisis calls for multimillionaires and billionaires to help our state shoulder this extraordinary burden.”

Activists waved pitchforks Thursday outside the homes of some of Cuomo’s billionaire donors, saying the nation’s most wealthy are doing fine in a pandemic that’s landed hardest on the neediest.

New York has put its hopes on Congress for months now to bail out the state. But the House and Senate departed for the weekend at odds over key issues: House Democrats propose $1 trillion in state and local aid, while the Republican Senate proposal didn’t include any such aid.

No federal aid will force the state to cut state spending by 20%, Cuomo said. That would mean about $8.2 billion less in spending on schools, hospitals and local governments, halted airport renovations, and fare hikes for subway, train and bus riders.

Some cuts have already begun. State spending was down $4 billion in April, May and June as Cuomo’s administration froze state workers’ pay raises, halted hiring and new contracts and began holding back 20% of state payments to local governments, according to budget division spokesman Freeman Klopott.

Lawmakers have taken other steps to make up for lost tax revenue, including borrowing $4.5 million and using $2.5 billion in emergency federal aid for schools and the Medicaid program.

Local governments across the state — from hard-hit New York City, to college towns upstate — are also debating painful cuts and layoffs. Some experts warned that austerity measures could hurt the economic recovery.

“To cut anything right now, is the stupidest thing one can do,” said University of Albany economics professor Kajal Lahiri. “The economy goes down even more as you cut more.”

New York raised taxes on individuals earning at least $500,000 to close a budget deficit in 2009.

The Fiscal Policy Institute, a liberal-leaning group, has floated several options for taxing the rich, including hikes for those earning above $5 million, reinstating a tax on stock transfers, taxing second homes valued at $5 million and above or taxing high earners on annual increases in the value of their assets.

“An extreme, extraordinary situation requires that we don’t approach it in the usual way,” said the group’s chief economist, Jonas Shaende.

New York must “be very careful about doing anything,” said Cuomo budget director Robert Mujica. He referenced fears — also voiced by Republicans — that tax hikes in a crisis could jeopardize at least some revenue by driving away many of the 1% of taxpayers who pay nearly 50% of all personal income taxes collected in New York.

E.J. McMahon, research director at the fiscally conservative Empire Center for Public Policy, questioned the practicality and constitutionality of taxing high earners for annual increases in the value of their self-reported assets.

McMahon said no one solution will fix the state’s economy going forward, and said lawmakers and Cuomo have to try ideas that save money, even if they are only partial solutions.

“The later this goes, the bigger the problem gets and the more difficult it gets to fix,” McMahon said.