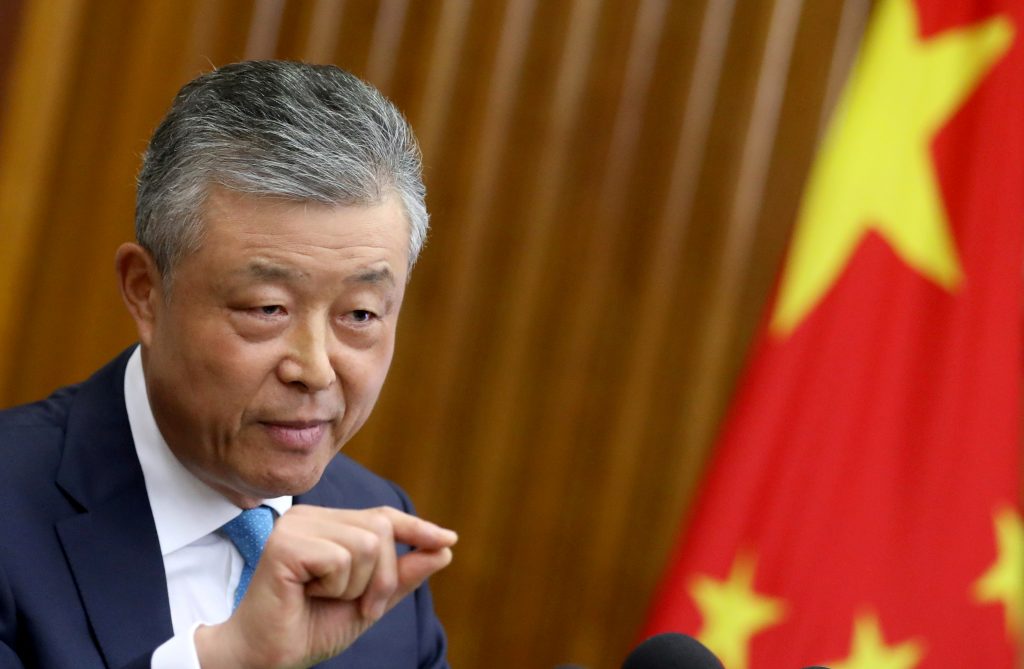 China on Thursday accused the United States of stoking a new Cold War because certain politicians were searching for a scapegoat to bolster support ahead of the U.S. presidential election in November.

President Donald Trump identifies China as the West’s main rival, and has accused President Xi Jinping of taking advantage over trade and not telling the truth over the novel coronavirus outbreak, which Trump calls the “China plague.”

Asked if he saw a new Cold War, China’s ambassador to London, Liu Xiaoming, said the United States had started a trade war with China and that there would be no winner from such an approach.

“We have all seen what is happening in the United States, they tried to scapegoat China, they want to blame China for their problems,” he said. “We all know this is an election year.”

The envoy did not mention Trump or Democratic presidential candidate Joe Biden by name, but he said some U.S. politicians were doing and saying anything to get elected.

“They want to do anything including treating China as an enemy,” Liu said. “Probably they think they need an enemy, they think they want a Cold War but we have no interest, we keep telling America, China is not your enemy, China is your friend, your partner.”

Secretary of State Mike Pompeo said earlier this month that the United States wanted to build a global coalition to counter China as he accused Beijing of exploiting the coronavirus pandemic to further its own interests.

After British Prime Minister Boris Johnson slapped a ban on Huawei’s participation in 5G networks, Liu bluntly warned that the United Kingdom it had no future if it tried to decouple from the Communist state.

He said London had poisoned relations by meddling in its former colony of Hong Kong and cautioned that the United Kingdom would “pay the price” if it wanted to treat China as a hostile state.