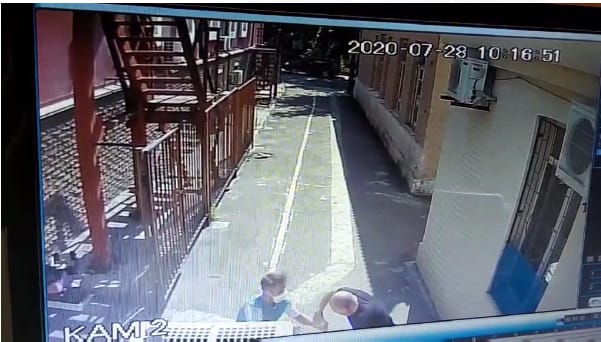 A shul in the Ukrainian-controlled city of Mariupol, Donetsk region, was attacked on Tuesday morning by a young man armed with an axe, UNIAN reported. The man fought with the shul’s security guard, trying to enter the building, the United Jewish Community of Ukraine said. As he tried to force his way into the shul, a fight began during which guard Rikhard Holomazov sustained a head injury and had his arm broken.

Holomazov managed to wrest the axe away from his assailant, who escaped. Prior to this attack, the assailant had thrown rubbish, cans and bags with excrement and sand at the shul building.
The Rav and others who were inside the shul at the time were not hurt. The police responded promptly to the call and opened an investigation, and a search is underway for the attacker.