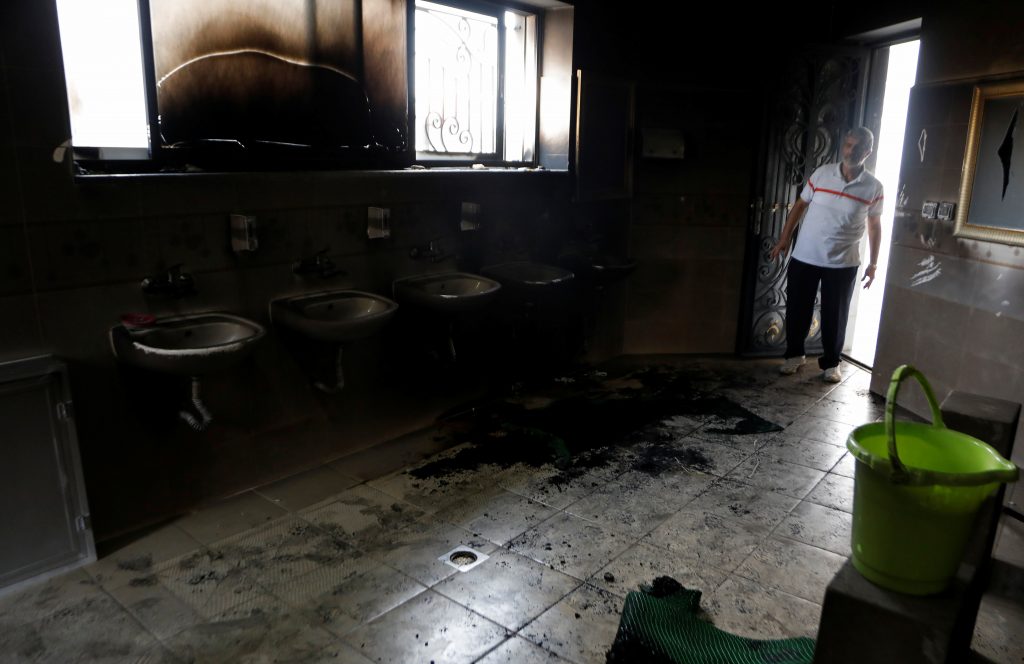 Vandals set fire to a mosque in the city of el-Bireh outside Ramallah overnight Sunday, in an apparent hate crime.

Hebrew inscriptions spray-painted on one of the exterior walls of the mosque read “Siege for Arabs, not for Jews” and “The Land of Israel for the people of Israel.”

A Palestinian emergency services official said a bathroom area of the mosque was burned after flammable liquid was poured through a smashed window before dawn.

There was no immediate comment from the IDF or the Israel Police.

“This is a criminal and racist act and we hold the occupation authority fully responsible for it and for the unruly acts and growing violence of the settlers,” Palestinian Authority Prime Minister Shtayyeh said at the start of the weekly Cabinet meeting in Ramallah, according to WAFA.

The PA Foreign Ministry said in a statement that it “holds the Israeli government and its prime minister fully and directly responsible for this attack.”

Economy Minister Amir Peretz also condemned the attack, saying that “the criminals and hatemongers who burned a mosque must be brought to justice.”

In a post, he decried the “virus of hatred, which, like the coronavirus, is a common enemy of all the world’s religions and peoples.”

Slogans in Hebrew similar to the one spray-painted in black outside the mosque have been used in previous attacks on Palestinian property which Israeli police suspect were carried out by Israelis.