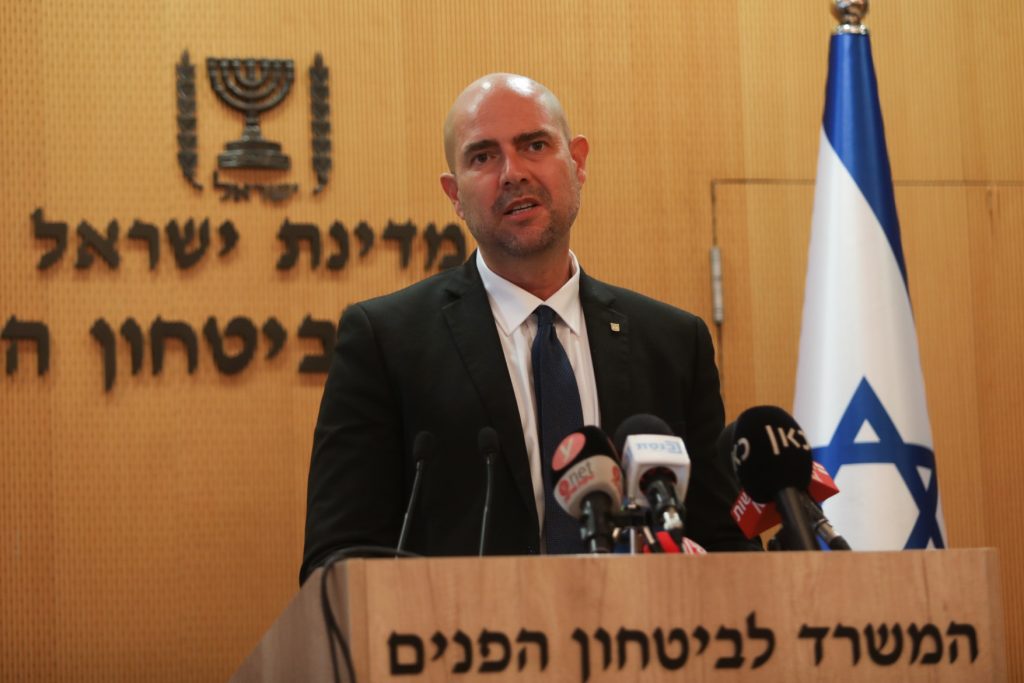 Following another night of anti-government demonstrations that were marked by violence, Public Security Minister Amir Ohana expressed concern about the trend, saying, “There is a high probability that this will end in blood.”

Commenting on the police treatment of demonstrators, Ohana said that they should treat all demonstrators the same and that leftist protesters should be handled no more leniently than chareidim.

“I’ll ask you a question, and I don’t expect an answer,” Ohana reportedly told Cohen. “If this was a protest by chareidim, Arabs or Ethiopians, would you have acted the same [way]?”

“I don’t support police violence and I expect commanders to act against it. But how do I explain that in a chareidi protest, police act in one way, and in this protest they act another way?”

Cohen replied, “I’ll answer you: You cannot say such things.

Speaking to Kan radio Sunday morning, Ohana said that “blocking roads, which has become a fashion, is also part of violence against the public.”

Meanwhile, the left decried the use of water cannons to disperse demonstrators.

Agriculture Minister Alon Schuster of the Blue and White party sympathized with the protesters: “I can certainly imagine myself among those protesting,” he said, according to The Times of Israel.

Likud Minister Zeev Elkin was disapproving: “This is the sort of schizophrenia some Blue and White members are living with,” said Elkin. “You can’t be both in and out” of the coalition.

There were several acts of violence against anti-government demonstrators, apparently by right-wing assailants, according to media reports.

A participant in an anti-government rally at the Sha’ar Hanegev junction in southern Israel was reportedly stabbed.

Nir Saar, the victim, told Ynet that “We came to a nice and calm demonstration with our children and families, and when the demonstration actually ended, some guys came to make trouble.”

“They started to curse and spit. There was an atmosphere of hatred and of lynching.”

During the protest, a group of young people attacked demonstrators, hitting them and tearing the signs from their hands.

On Sunday morning, police arrested a 20-year-old resident of southern Israel on suspicion of being involved in the assault. The extent of Saar’s injuries were not included in the report.

The left also decried the use of water cannon to disperse demonstrators. Police responded that on Motzei Shabbos in Yerushalayim water cannon was deployed only after demonstrators refused to leave after the 11 p.m. deadline.