Jewish Day Camp in Los Angeles Evacuated Due to Nearby Fire

A Chabad day camp in Los Angeles was evacuated Friday as a precaution when a fire broke out in a nearby building. 75 campers and their counselors were moved to safety as the fire was brought under control by the Los Angeles Fire Dept. No injuries were reported.

CBS reported that the fire was in a building on the corner of the intersection Pico Boulevard and Crescent Avenue which had once served as a shul, and had been converted for commercial use. The cause of the fire is under investigation. 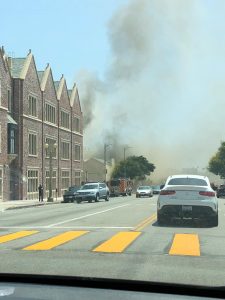 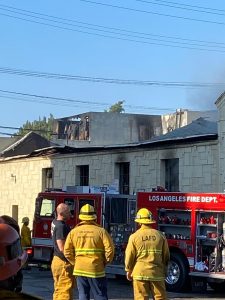