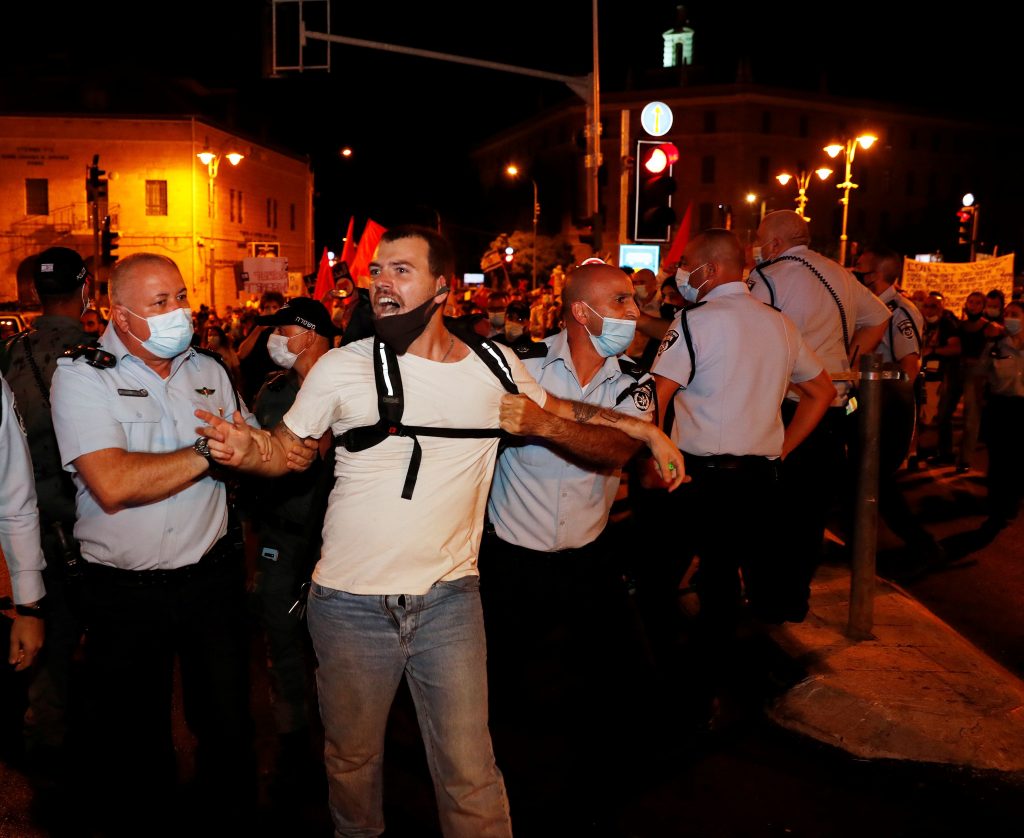 After a night of intense protests against Prime Minister Binyamin Netanyahu and his government, dozens of Israeli demonstrators chained themselves together and briefly blocked the entrance to the Knesset on Wednesday morning.

Police arrested four and broke up the gathering, which was called to protest an upcoming vote to grant the government sweeping authority to bypass parliament in enacting measures to combat the rapid spread of the coronavirus. But it came amid a fresh outpouring of discontent with Netanyahu.

The protests have since drawn a younger crowd and have grown more defiant. In the past week, thousands of Israelis have participated in some of the largest demonstrations in nearly a decade against the long-time prime minister, as public discontent bubbled over. Netanyahu has come under growing criticism for holding office while on trial for corruption, pushing for seemingly anti-democratic measures under the guise of combating the virus and mismanaging the country’s deepening economic crisis.

On Tuesday night, a large coalition of protest groups combined to march through the streets of Jerusalem from Netanyahu’s official residence to the Knesset, Israel’s parliament. They beat drums, banged on pots and blared on trumpets while calling for the prime minister’s resignation and holding banners reading, “the Israeli spring is here” a reference to the “Arab spring” of the early 2010s. Thirty-four people were arrested during clashes with police.