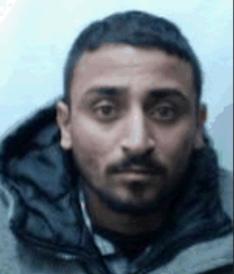 Israeli security forces broke up a terrorist cell that had been planning attacks on Israeli civilians and security personnel, the Shin Bet reported Tuesday.

In April, Israeli forces captured members of a terror cell from the Popular Front for the Liberation of Palestine (PFLP), which had been preparing for a an attack on Charish, and a series of attacks in Yehudah and Shomron. They also planned to abduct an IDF soldier, for use as a negotiating chip for the release of jailed Arab terrorists, according to the Shin Bet report released on Tuesday.

Yazan Abu Salah. a 23-year-old Palestinian detainee from the Jenin area, who was a known operative of the PFLP, told interrogators that the attacks planned by the cell included the abduction of an IDF soldier who would be used to negotiate the release of Palestinians jailed in Israel.

Abu Salah said that Iran and the Lebanese-based Hezbollah terror group were funding the cell, which intended to send its members to Lebanon for weapons training and instruction in operating drones.

The Shin Bet also arrested Abu Salah’s cousin Mohammed Abu Salah, a resident of Bir Zeit near Ramallah, who said the terror cell was working with elements in Iran, Lebanon and Syria.

The terrorist operation was headed by Assad Al-Amali, a Lebanese resident who worked to connect the cell with Iran and Hezbollah.

At the time of the arrests in April, the terrorist cell was recruiting additional terrorists, who were to split into two groups, one operating in Ramallah, and another in a site further north in the Shomron.

A Shin Bet investigation revealed the involvement of Iran and Hezbollah in training and financing this terror cell’s activities.