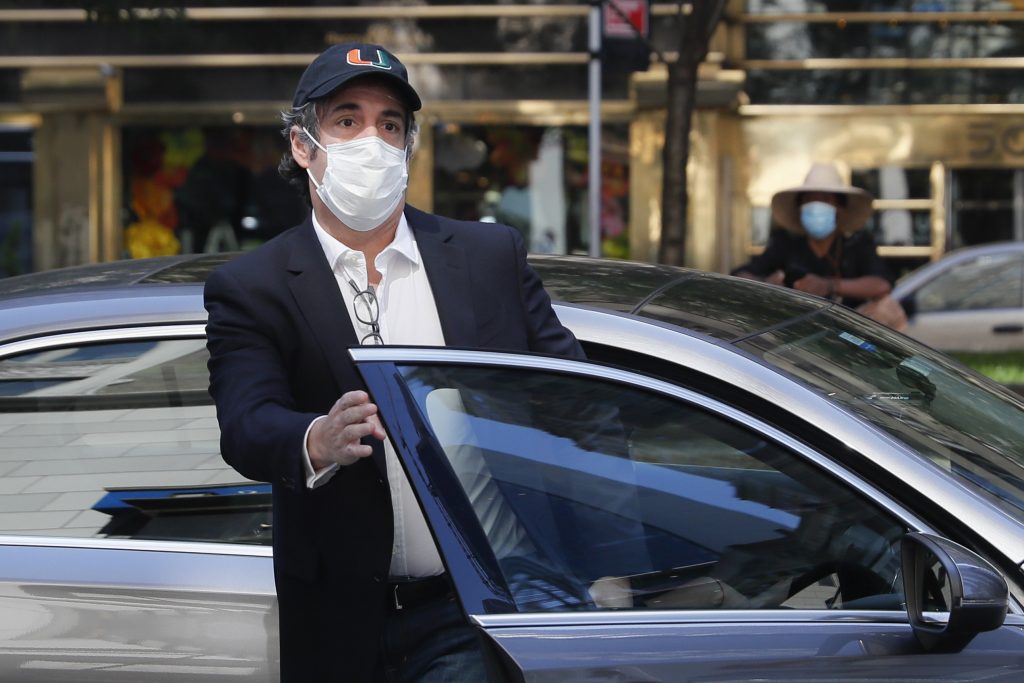 The book manuscript being drafted by President Donald Trump’s ex-lawyer Michael Cohen alleges that Trump has made racist comments about his predecessor Barack Obama and the late South African leader Nelson Mandela, according to court filings made public Monday night that contend Cohen was sent back to prison this month as retaliation.

The filings from Cohen’s attorneys seek his immediate release from federal custody following his re-arrest July 9, less than two months after he was allowed to serve the remainder of his sentence on home confinement because of the coronavirus pandemic. His lawsuit alleges that Cohen’s First Amendment rights were violated when he was detained at the federal courthouse in Manhattan during a meeting with probation officers, who had asked him to sign a gag order prohibiting him from speaking to the media or publishing a book while serving the rest of his sentence.

The book will contain “my firsthand experiences and observations based on my decade-long employment and relationship with Mr. Trump and his family, both before and after he was elected,” according to an affirmation from Cohen to the court.

“In particular, my book will provide graphic and unflattering details about the President’s behavior behind closed doors,” Cohen wrote. The memoir “describes the President’s pointedly anti-Semitic remarks and virulently racist remarks against such black leaders as President Barack Obama and Nelson Mandela, neither of whom he viewed as real leaders or as worthy of respect by virtue of their race.”

The court documents offer no further details about the manuscript’s content. They were made public between 9:30 and 11 p.m. Monday.

Neither the White House nor the Justice Department responded immediately to requests for comment.

The suit names Attorney General William Barr and Bureau of Prisons officials in their official capacities. Authorities have said Cohen was taken back into custody because he refused to wear an ankle monitor, a claim his legal team disputes. Cohen’s lawyers also contend he did not refuse to acknowledge the media policy authorities presented him before his arrest, but rather that he expressed concerns and asked for an amendment.

Cohen has been held in solitary confinement at a federal prison in Otisville, N.Y., since he was taken back into custody, the court documents say.

Cohen’s legal team, including lawyers from the American Civil Liberties Union and former federal prosecutor Danya Perry, argue that his home confinement was revoked because of his book plans. He is “being held in retaliation for his protected speech, including drafting a book manuscript that is critical of the President – and recently making public his intention to publish that book soon, shortly before the upcoming election,” the filing says.

Cohen, 53, said in the filing that he had been writing daily, in the open, from the prison law library before his release in May.

The order he was asked to sign required “no engagement of any kind with the media, including print, TV, film, books, or any other form of media/news.” It also prohibited “all social media platforms” and barred family or friends from posting on his behalf.

The provision was specifically crafted for Cohen and was not standard, his lawyers argue.

A photo of Cohen dining outdoors at a restaurant recently – published in the New York Post – was not a violation because he was on furlough and not technically assigned to house arrest, the lawsuit says.