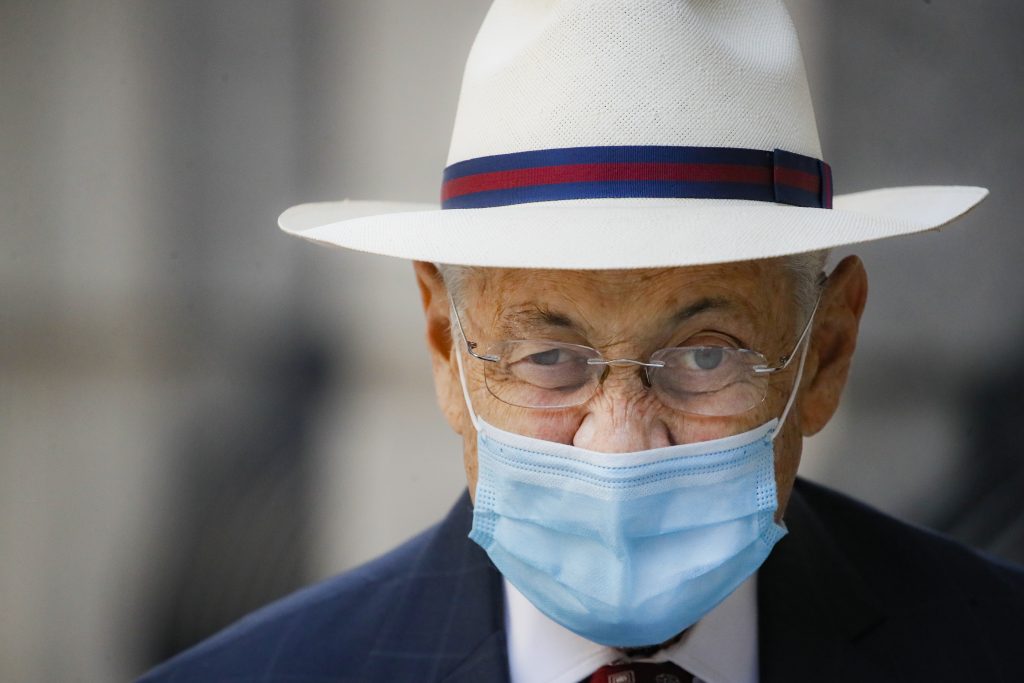 Former New York Assembly Speaker Sheldon Silver was sentenced Monday to 6 1/2 years in prison in the corruption case that drove him from power.

The sentencing by U.S. District Judge Valerie E. Caproni in Manhattan came after she insisted that the 76-year-old Democrat come to court in person to hear his punishment, rather than appear remotely because of concerns about exposure to the coronavirus.

Silver appeared in the courtroom wearing a blue mask and clear plastic gloves.

In a handwritten letter to the judge, Silver, who was one of New York’s most powerful politicians in his 21 years as Assembly speaker, had asked that he be spared a prison term that would cause him to die in prison.

Prosecutors had urged that he go to prison for seven years for bribery and extortion.

Silver was ousted as speaker in 2015 and convicted later that year, but appeals have so far kept him out of jail. His original conviction was overturned on appeal but Silver was convicted again in 2018. Part of that conviction was then tossed out on another appeal, leading to yet another sentencing hearing Monday.

“Your Honor, I do not want to die in prison. This case has been going on for more than five years, but I feel like I have aged 15 or 20 years. My fate is in your hands,” Silver wrote in his letter to the judge.

Silver said he ruined his legacy and was now angry, sad and ashamed and believed that “I am ruined.”

His lawyers, meanwhile, had asked for leniency, saying Silver was an obese man in his 70s with a history of cancer, chronic kidney disease and other health problems that make him among those most at risk of dying from COVID-19.