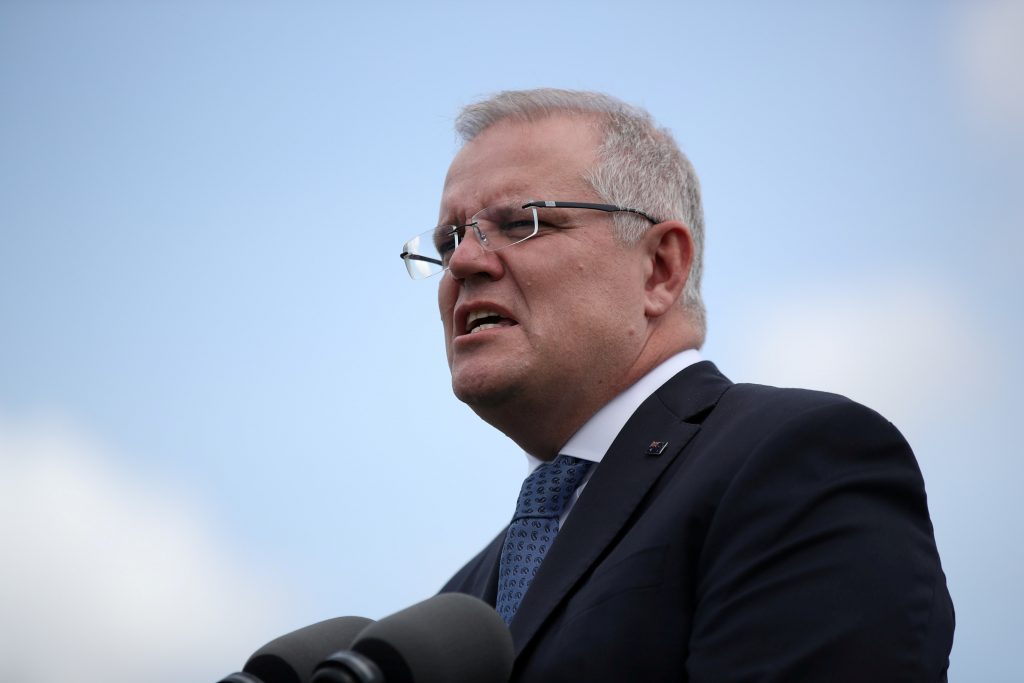 Australia said on Thursday it was suspending its extradition treaty with Hong Kong in response to a new security law imposed there and announced measures to attract businesses from the Asian financial hub, provoking an angry response from Beijing.

Prime Minister Scott Morrison said the law introduced last week in Hong Kong was a fundamental change of circumstances and Australia would suspend the extradition agreement.

“There will be citizens of Hong Kong who may be looking to move elsewhere, to start a new life somewhere else, to take their skills, their businesses,” Morrison said, outlining changes to visa programs.

Morrison said Hong Kong students, graduates and workers in Australia on temporary visas will have the opportunity to stay and work for an extra five years and apply for permanent residency after that time.

Future student visas would also be offered for five years, however Morrison said they were “not expecting large numbers of applicants any time soon.”

Two-way trade between the countries was worth A$235 billion last year. And the Chinese Embassy in Canberra warned earlier that unless Australia stopped meddling “it will lead to nothing but lifting a rock only to hit its own feet.”

There are 10,000 Hong Kong citizens in Australia on student visas or temporary work visas, with a further 2,500 outside Australia and 1,250 applications on hand, according to the government. Hong Kong applicants would be prioritized under Australia’s Global Talent Scheme and business visa program. “There is so much talent in Hong Kong,” said Acting Immigration Minister Alan Tudge. “There are great businesses in Hong Kong. And we know that many individuals now might be looking elsewhere, because they do want to be in a freer country, they want to be in a democratic country.”

Australia offered asylum to some 42,000 Chinese students who were in Australia after a violent crackdown on pro-democracy protests in Tiananmen Square in 1989.

Imposed after months of mass protests that sometimes resulted in violent clashes between police and pro-democracy supporters, Hong Kong’s new security law punishes acts of secession, subversion, terrorism and collusion with foreign forces with up to life in prison.

Morrison also made a pitch for international financial services, consulting and media businesses with regional headquarters in Hong Kong to relocate to Australia.

“If there are businesses that wish to relocate to Australia, creating jobs, bringing investment, creating opportunities for Australia, then we will be very proactive in seeking to encourage that,” said Morrison.

The measures would be accommodated within Australia’s existing caps on permanent resident visas, and Hong Kong citizens could also apply to the humanitarian and refugee visa program, he said.

Australia changed its travel advisory for Hong Kong, where around 100,000 Australians live and work, to say “reconsider your need to remain in Hong Kong” if they are concerned about the new law.

Canada last week announced it would suspend its extradition treaty with Hong Kong in the wake of the legislation and could boost immigration from the former British colony.

New Zealand said it was also reviewing its relations with Hong Kong, and would review extradition arrangements, controls on exports of strategic goods and travel advice.