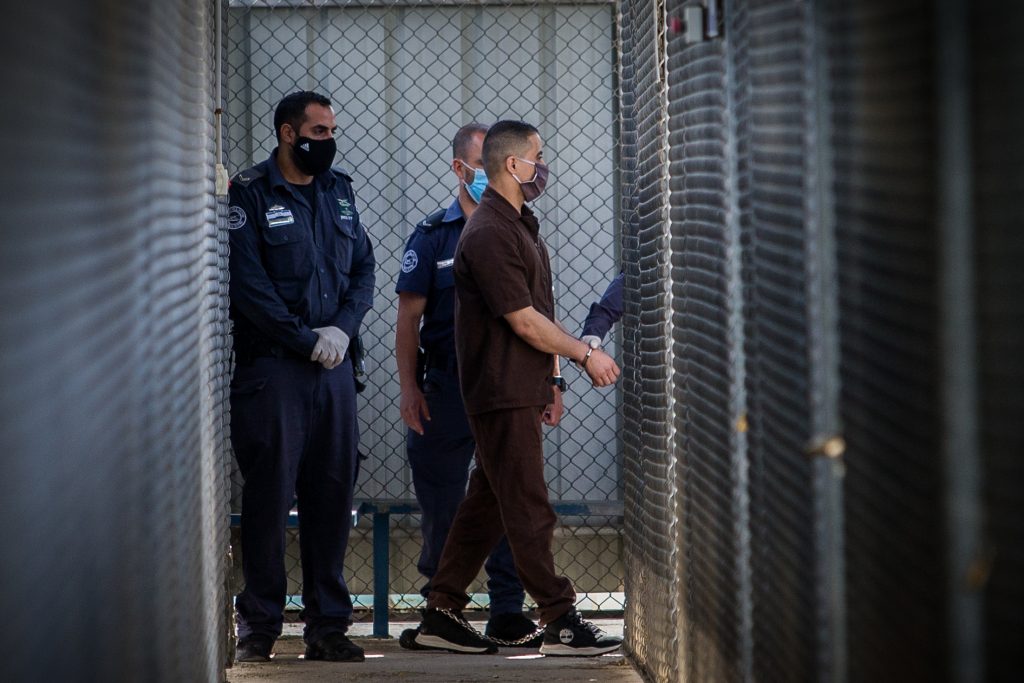 The IDF military court on Monday sentenced Sabahan Alttiti, the terrorist who murdered Avraham Hassano, Hy”d, in 2015, to life in prison.

Alttiti was also ordered to compensate the Hassano family with NIS 1.8 million.

During the hearing, Hassano’s widow Ruth fainted and was treated at the scene.

Chaim Bleicher, a lawyer with the Honenu human rights organization who accompanied the Hassano family, stated after the verdict that a life sentence “is a minimum, it is time these terrorists no longer live among us.”

Hassano, 54 at the time, of Kiryat Arba, was murdered in October 2015 when an Arab hit him with his truck as he was inspecting the damage caused to his car by stone-throwing Arabs at the al-Fawwar junction. Alttiti dragged Hassano for 37 meters.

The terrorist turned himself into PA security forces shortly afterward, claiming that he had hit Hassano by accident.

The terrorist was initially charged with manslaughter, but following a fierce protest by the Hassano family, the charge was replaced with the more severe charge of deliberate aggravated manslaughter, an offense corresponding with the civilian charge of murder, of which he was convicted.

He was arrested in 2016, after he was released by the Palestinian Authority police.