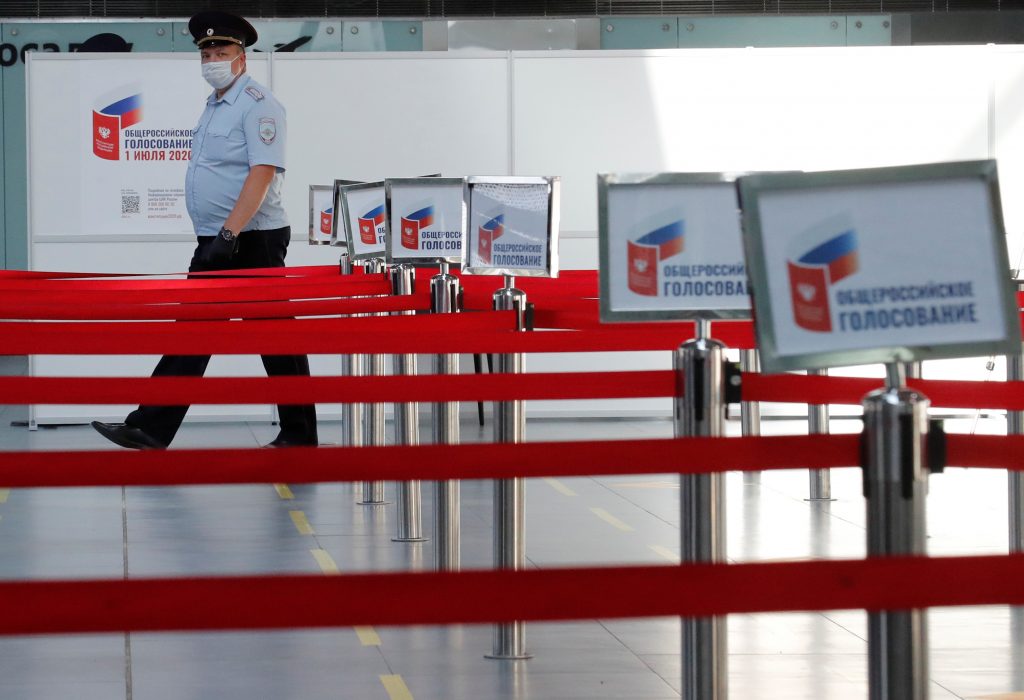 Russian state opinion pollster VTsIOM said on Monday that its exit polls showed that 76% of Russians had so far voted to support reforms that could allow President Vladimir Putin to extend his rule until 2036.

The nationwide vote on constitutional reforms began on June 25 and is being held over seven days as a precaution against the coronavirus pandemic.

If approved, the changes would allow Putin to run twice for president again after his current term in office expires in 2024.

The pollster said 76% of those who had so far voted had backed the reforms and that 23.6% of people who agreed to be polled after voting said they had voted against.

The results are roughly in line with projections ahead of the vote based on previous polls by VTsIOM.

The Kremlin’s critics say the vote is a sham and that they fear the vote will be rigged.