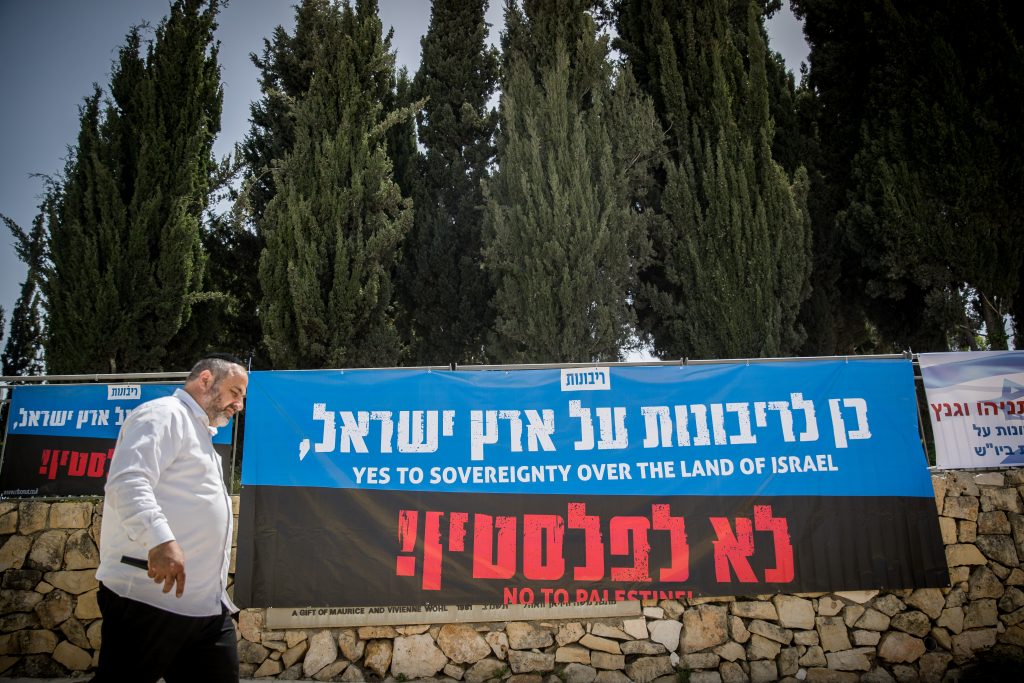 Fifty-three percent of the people living in Yehuda and Shomron believe that Prime Minister Binyamin Netanyahu‏‏ will yield to pressure from Washington to make significant changes in the Mideast peace plan allowing Israel to unilaterally annex parts of the region, according to a poll release on Monday.

Only 27 percent of respondents said they believe Netanyahu would stand his ground, even at the cost of his relationship with President Donald Trump. The rest gave no opinion.

The poll of 1,182 residents in Yehuda and Shomron was conducted by Direct Polls for the right-wing group Regavim. It was done June 4-7 and had a margin of error of 2.4 percent. Direct Polls is owned by Shlomo Filber, a former Netanyahu confidant who is currently a state’s witness against him in his criminal cases.

The data showed that people like the plan, though they thought its prospects of being implemented poor.

Asked if they support it based on their knowledge of its contents, 56 percent said yes and 37 percent said no. But when told the plan calls for agreeing to a future Palestinian state in return for immediate application of sovereignty, the figures reversed, as 60 percent then opposed it and 37 percent continued to support it.

No one euphoric, however. Some 35 percent called the U.S. plan “Good but not perfect,” 20 percent termed it “the best possible plan we could reach,” 28 percent rejected it as “bad and must be opposed,” and 9 percent said it’s “bad but tolerable.”

Reasons given for supporting the peace plan: recognition of the Jewish blocs as an intrinsic part of Israel (51 percent), a change in the perception of the settlements by the public (18 percent), American recognition of sovereignty (16 percent), setting the bar unrealistically high for the establishment of a Palestinian state (9 percent) and that it called for no Jewish community to be evacuated (7 percent).