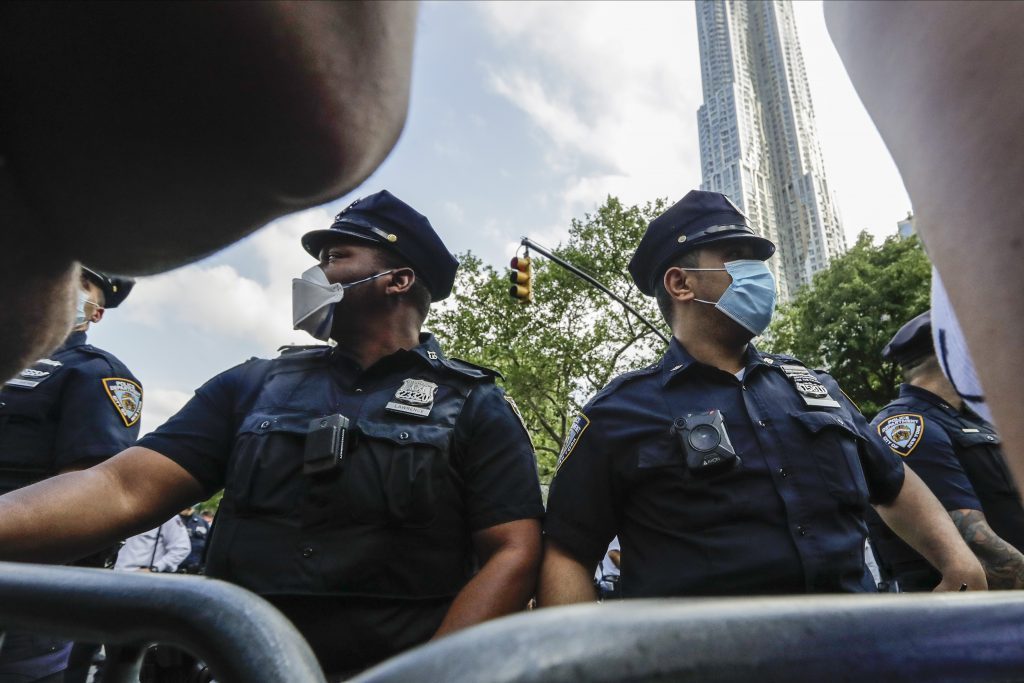 The last few months have been a world changer. Throughout the terrible ordeal, we saw tremendous greatness in Klal Yisrael. Resilience, chessed, Torah, avodah, bitachon.

Yet, we are now staring in disbelief at what is happening around us. We are groping to find some understanding. Protests and demonstrations. Against the police. We need the police. How can a society exist without police?

Chazal teach us that every punishment that comes to the world is connected to Klal Yisrael. How can we relate to these events?

Harav Mordechai Gifter, zt”l, would recount a conversation he had with Harav Yaakov Kamenetsky, zt”l. Rav Yaakov said that Chazal reckon with “haynu d’amrei inshi — expressions people use.” There is an expression, “Vi es kriselt zich, azoy yidelt zich.” What does that mean? Rav Gifter answered, “What the gentiles do — the Jews copy.” Rav Yaakov said, “No. That is not the pshat. The pshat is: The Kuzari says that the Jewish people are the lev haamim — the heart of the nations. When an older man goes to the doctor and complains his leg is hurting, the doctor checks his heart. ‘My leg — not my heart,’ says the patient. The doctor responds, ‘Yes, but I have to check the heart — the source.’ So, too, when we see in the world mayhem, or whatever issues are out there, we have to know it stems from the heart. Us.”

We have to know that if we see a lack of respect for authority in the world, it’s linked to us. During this COVID-19 outbreak, we lost many beloved members of Klal Yisrael. We also suffered a loss of respect for Rabbinic authority.

Who is the authority of Am Yisrael? The Gedolei Torah.

We heard of a doctor (from one city) who publicly vilified one of the Gedolei Roshei Yeshivah (from another city) for supporting minyanim. We heard from a Rav in New York who was pressured by baalei batim to close his shul. I received a call from a woman screaming at me to close the shul. I told her, “The shul was opened 20 years ago at the behest of the Rosh Yeshivah Harav Leib. If the current Rosh Yeshivah tells me to close, I will.” I also told her, “When I come to Shamayim and am asked regarding the shul’s closure, should I listen to you or the Rosh Yeshivah?” I am not in a position to know, but I am relying on the Gadol Ha’ir.

Others called. One pleaded with me to close because Ploni and Almoni will be upset. Another called and invoked the name of one of the great Gedolim in Eretz Yisrael. Does the caller listen to his psak about smartphones?

If the Am Yisrael, the heart of the world, show little respect for authority, then we can’t expect the rest of society to do any better.

We have the ability to give strength to our Gedolim, who, in turn, can propel us to greater heights. The Sfas Emes explains that when Moshe Rabbeinu raised his hands in the war against Amalek, the Bnei Yisrael were victorious. When his hands were lowered, we were losing. When were his hands raised? When we looked up to him! When were his hands lowered? (When didn’t he have the strength to hold them up?) When we weren’t looking up to him! We energize him — he sees we look to his guidance, he has the koach to raise us up!

Yes, it was a very, very scary time. So, what did we do? How many went directly to our Gedolim to seek counsel as to how to respond? We are blessed to have Gedolei Torah who shoulder Klal Yisrael daily; all public and individual needs fall to them. Their mesirus nefesh behooves us to appreciate their totally selfless dedication. We should daven for their health and arichas yamim; we should cleave to them and be guided by them to greet Moshiach Tzidkeinu, b’karov.