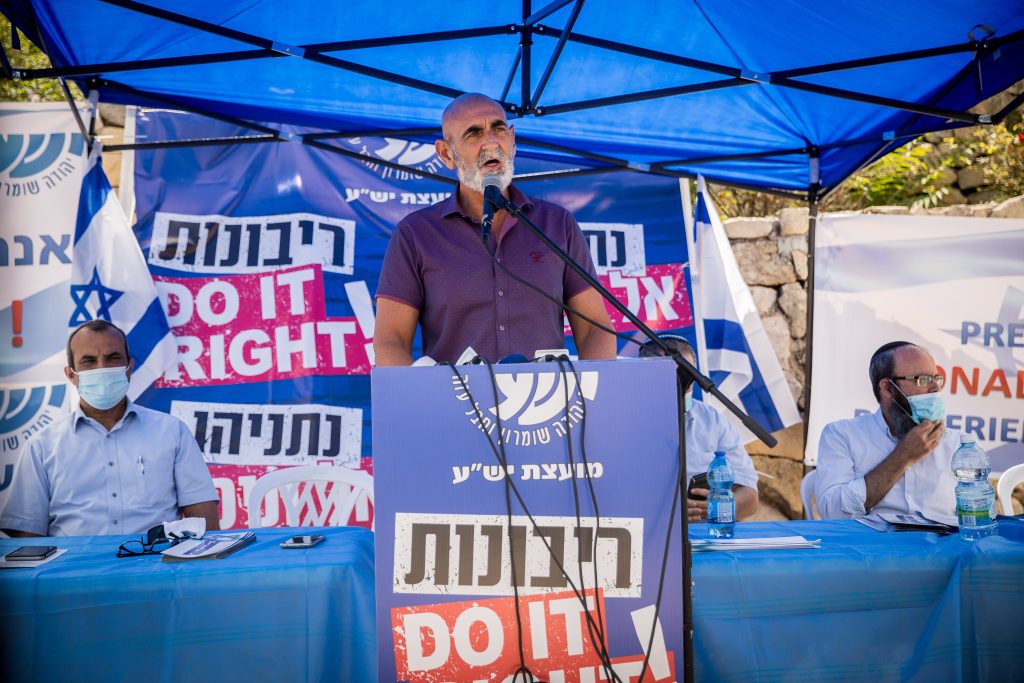 According to the plan, Israel can declare sovereignty from the beginning of July.

Media reports have emerged recently on Netanyahu’s intention to declare sovereignty in stages, or on only a small segment of the allocated territory.

In a statement to the media, David Elhiyani, head of the Yesha Council, said that Israel is “in one of the most critical weeks for the settlements. This week, the decision to apply sovereignty will probably be made. We say to the prime minister: stand behind your commitment to apply sovereignty this week.”

The Yesha leaders also rejected calls for a building freeze in parts of Yehudah and Shomron or the establishment of a Palestinian state, which is also called for by the Deal of the Century.

“We will make sure, with all that is at our disposal, that no Palestinian state will be established,” Elhiyani declared.

He called on Netanyahu to “take leadership, show courage in the face of all those who try to say otherwise, despite all the excuses that sovereignty might offend Jordan, maybe harm security and maybe anger the international community.

While Netanyahu has vowed to begin annexing areas of Yehudah and Shomron on July 1, Blue and White leaders Benny Gantz and Gabi Ashkenazi have signaled opposition to annexing lands without international support.