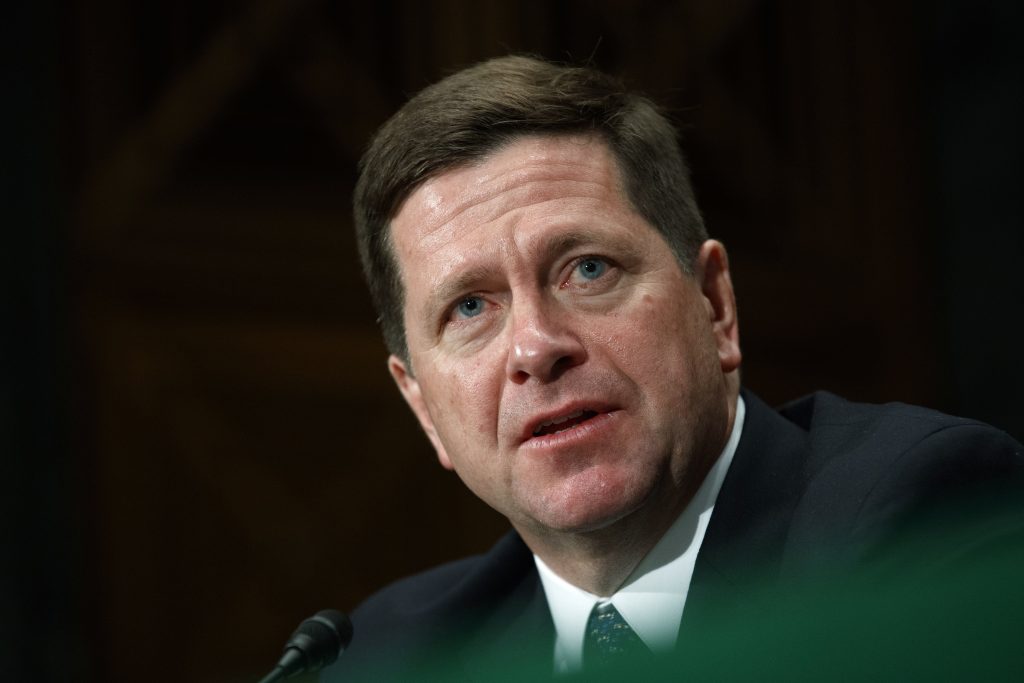 Graham had previously indicated he wouldn’t move forward on the nomination of Jay Clayton, chairman of the U.S. Securities and Exchange Commission, to replace Geoffrey S. Berman, the U.S. attorney in the Southern District of New York.

“The decision by President Trump to remove Mr. Berman as acting U.S. Attorney for the Southern District of New York falls within the president’s power to appoint or remove U.S. Attorneys,” Graham said in a statement.

“I have confidence the Deputy U.S. Attorney, Audrey Strauss, who will assume the duties of Mr. Berman, will continue running SDNY in a professional and ethical manner,” Graham said.

Graham said earlier that he wouldn’t take action on a Clayton nomination without the consent of the state’s two senators, both Democrats, who came out in strong opposition to Berman’s removal. But he signaled his support for Strauss.

“Ms. Strauss is widely viewed as a highly competent, highly capable Deputy U.S. Attorney with the knowledge and experience to hit the ground running,” Graham said.

Earlier, Graham, a close ally of Trump, said he hadn’t been contacted by the administration about the plan to nominate Clayton.

The South Carolina senator referred to “blue slips,” a long-standing tradition of deference to home-state lawmakers involved in weighing a nomination. In this case, that’s Kirsten Gillibrand and Senate Democratic Leader Chuck Schumer.

“It has always been the policy of the Judiciary Committee to receive blue slips from the home state senators before proceeding to the nomination,” Graham said. “As chairman, I have honored that policy and will continue to do so.”

If Schumer and Gillibrand simply withheld blue slips for Clayton it would effectively freeze the SEC chief’s nomination. That may have played a role in the next steps taken by Barr; Democrats urged Clayton to remove his name from consideration.

Blue slips are a matter of tradition, not part of the Judiciary Committee’s rules. Graham had previously nixed the “blue slip” deference to home-state senators for Circuit Court nominees but left it in place for other nominations.